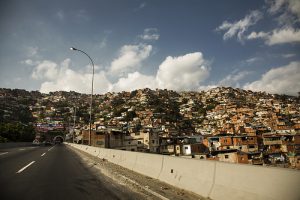 Caracas has been the scenario of violent clashes between Venezuelan President Nicolás Maduro’s government forces and opposition groups, led mainly by opposition politician Leopoldo López, since February 12. So far, the conflict has left at least 41 people dead, and armed chavista groups—nicknamed “colectivos”—have been blamed for many of the casualties. However, members of the … Read more