Leer en español | This article is adapted from AQ’s print issue on youth in Latin America.

The pursuit of truth often comes at a cost in Latin America.

Nowhere is this more evident than in Mexico, which ranks among the most dangerous countries in the world to be a journalist. At least eight reporters have been killed there already this year. In the most recent attack, crime reporter Luciano Rivera Salgado was shot in the middle of his 29th birthday party, on July 31st.

For Carmen Aristegui, one of Mexico’s most prominent investigative reporters, the startling rise in violence against journalists is part of a “profound crisis of human rights.”

“It’s a big blanket of impunity that covers everything,” Aristegui told AQ. “Journalists are caught in the middle of that.”

In our latest issue of AQ, we honor Aristegui and four others for their bravery, investigative prowess and commitment to democracy. Our AQ Top 5 list of Latin American journalists also includes Mexico’s Marcela Turati, an internationally recognized investigative reporter who has co-founded two organizations that are preparing the next generation of Mexican journalists for the challenges ahead.

Also on our list: Venezuela’s Luz Mely Reyes, the Efecto Cocuyo director dedicated to keeping honest reporting alive amid censorship and intimidation; Argentina’s Rodrigo Abd, a photojournalist whose work highlights the humanity in the world’s most dangerous conflict zones; and El Salvador’s Carlos Dada, a digital news pioneer whose work has shed light on violence and corruption.

In a region where it is often “more dangerous to investigate a murder than to commit one,” these five journalists’ pursuit of the truth is more inspiring and vital than ever. 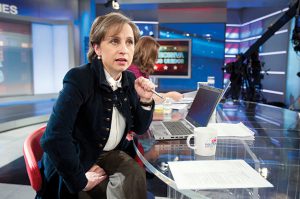 A constant thorn in the side of the Mexican President Enrique Peña Nieto, the primetime heavyweight has not shied from investigating the powerful. 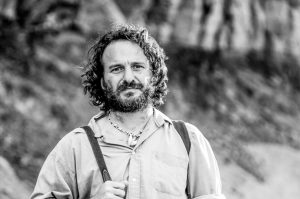 A Pulitzer Prize winner for his work in Syria, this Argentine photojournalist says his true calling always leads him home to Latin America. 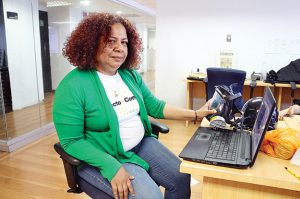 Despite the dangers she faces covering anti-government protests, Reyes says now is the best time to be a journalist in Venezuela. 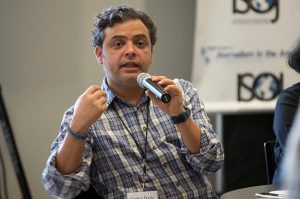 His work as the founder of Latin America’s first online-only publication was awarded with journalism’s highest honors—and provoked threats from those in power. 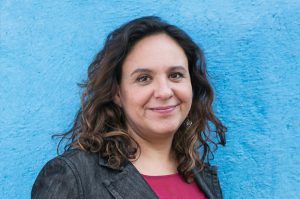 A fierce advocate for investigative journalism, Turati has emerged as one of the most respected voices covering the human toll of Mexico’s war on drugs.