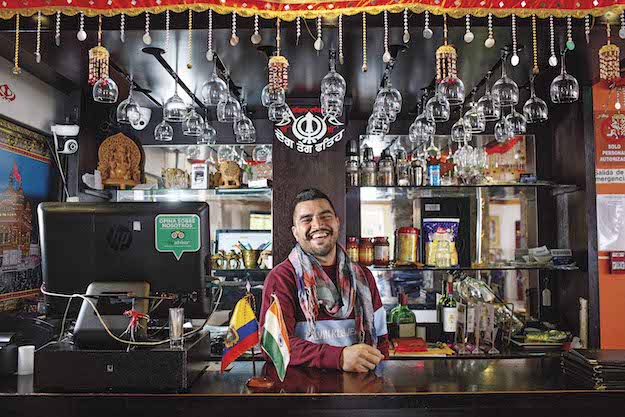 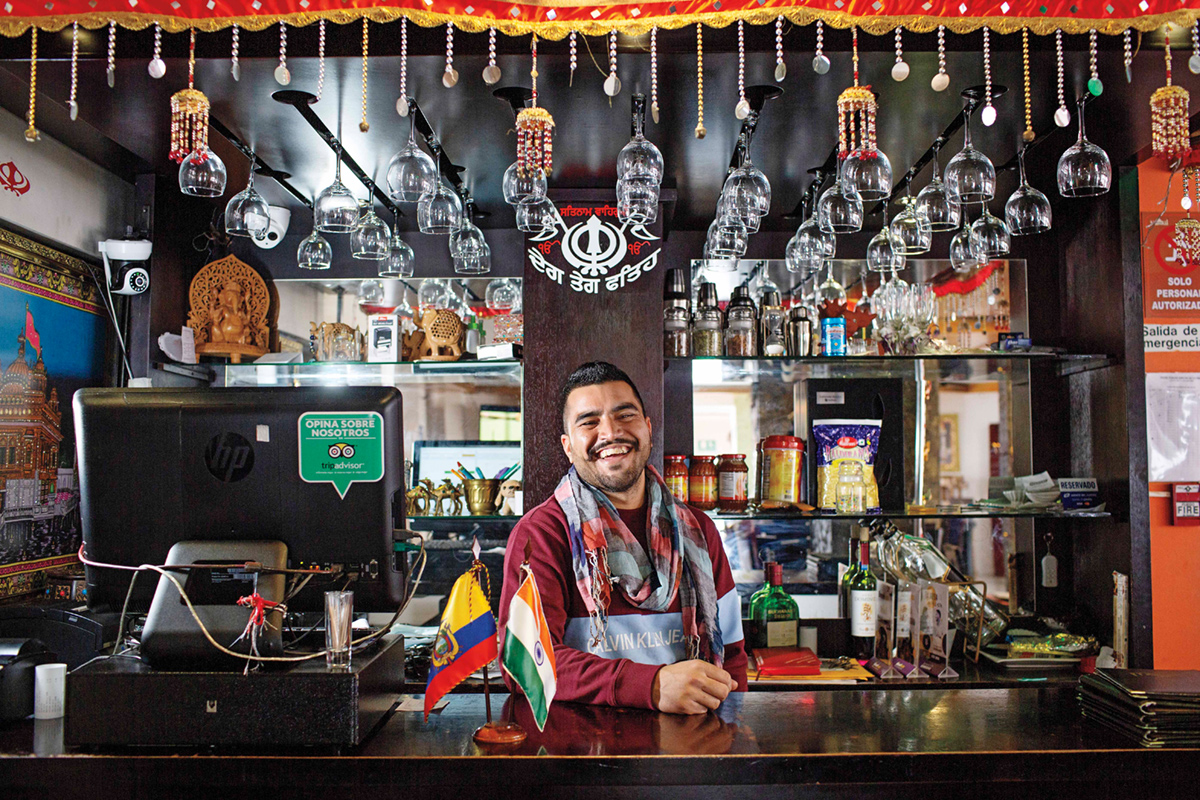 A TASTE OF HOME

People moving from country to country carry more than belongings. They bring with them culture, sounds, and flavors. Here are some migrants who have opened restaurants in their new countries, drawing locals and expats alike. 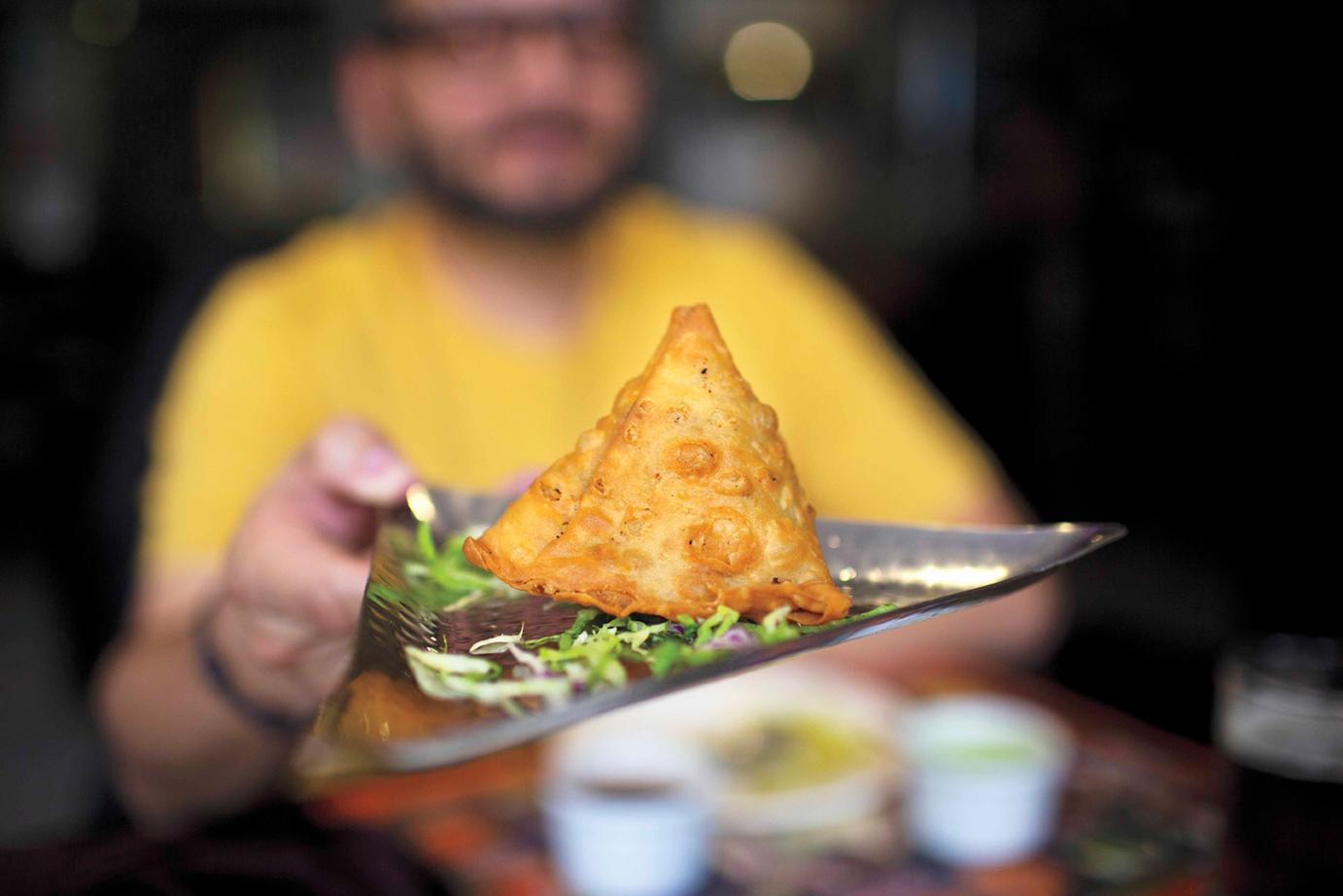 Gurmit Boparai was born in Punjab in northwest India, but has lived in Quito for the last 35 years. His turn as a restaurateur came almost by accident  — after starting an import company selling items from India to fellow migrants and curious locals alike, Boparai recognized a growing interest in Indian cuisine and culture in the city. In 2009 he opened Sher e Punjab, Quito’s first Indian restaurant. According to Satwant Singh, who now runs the restaurant, diners come back again and again for the tandoori chicken, pakora and samosas. The restaurant also remains a focal point for the immigrant community in Quito  — its two chefs, Arvind and Pardeep Panwar, arrived from Uttrakhand just last year.
by Yolanda Escobar Jiménez 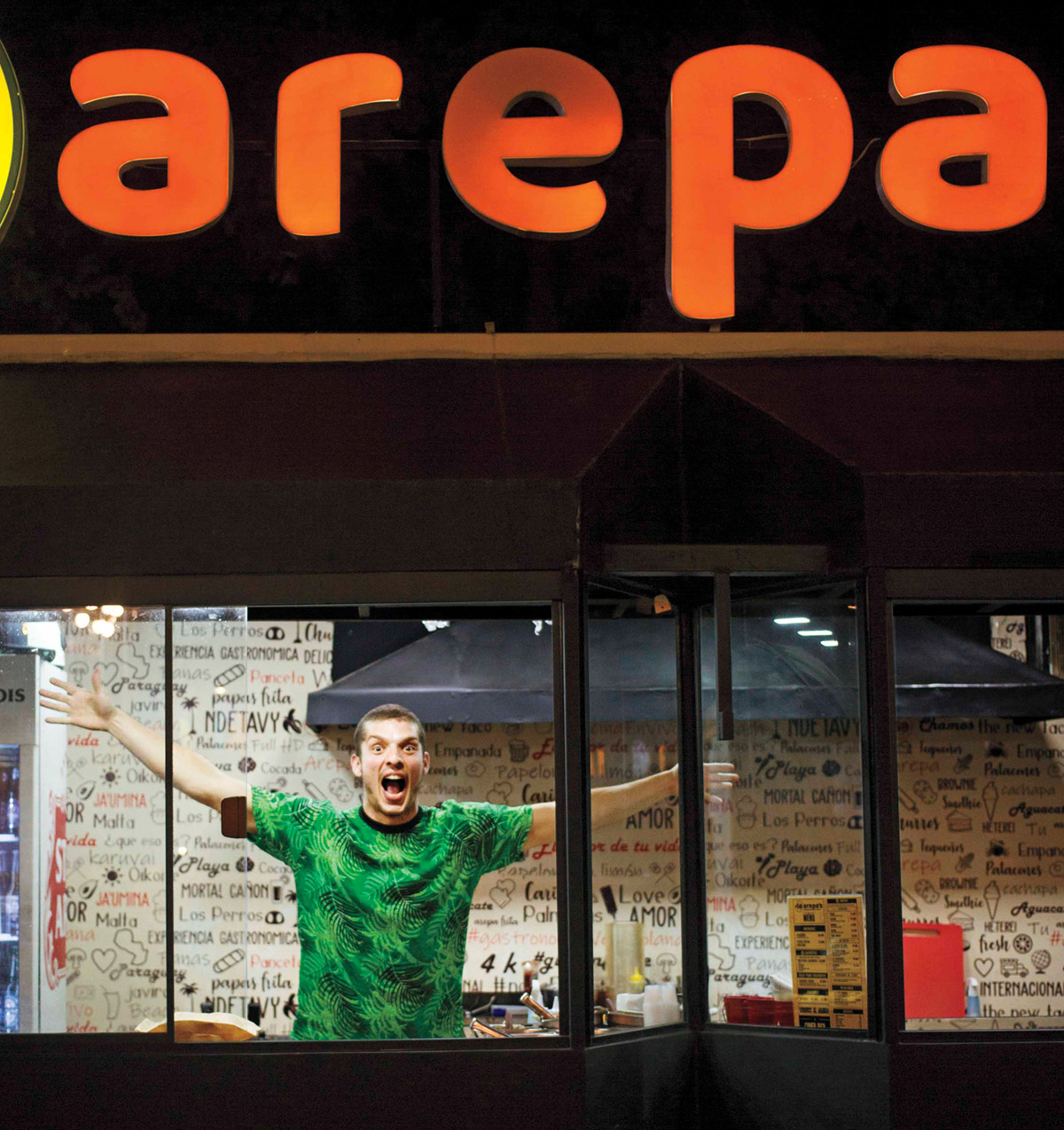 Until four or five years ago, eating an arepa in Paraguay was almost impossible. But now, smelling this delicious cornmeal concoction in Asunción is a part of everyday life. Daniel Villlamizar is one of those with a hand in changing Paraguay’s culinary scene. He moved from Caracas to Asunción in 2018 to pursue the dream of starting a business he felt was no longer possible back home. Last year, he succeeded in opening +58 Arepas, which serves a fusion of Venezuelan and Paraguayan cuisine where meat, cheese and sauces abound. “Here I feel stability. We are regarded in Paraguay as good workers, respectful, kind. We fit well with Paraguayan idiosyncrasies,” Villamizar told AQ during a busy Saturday night at his submarine-shaped restaurant. Chicken with avocado cream and fried banana tortillas with vegetables and green garlic mayonnaise are standouts. Villamizar runs the restaurant with a Paraguayan partner, but the sazón is straight from Villamizar’s mom, who also lives in Asunción and preps the meats and cheeses using secret family recipes.
by Santi Carneri 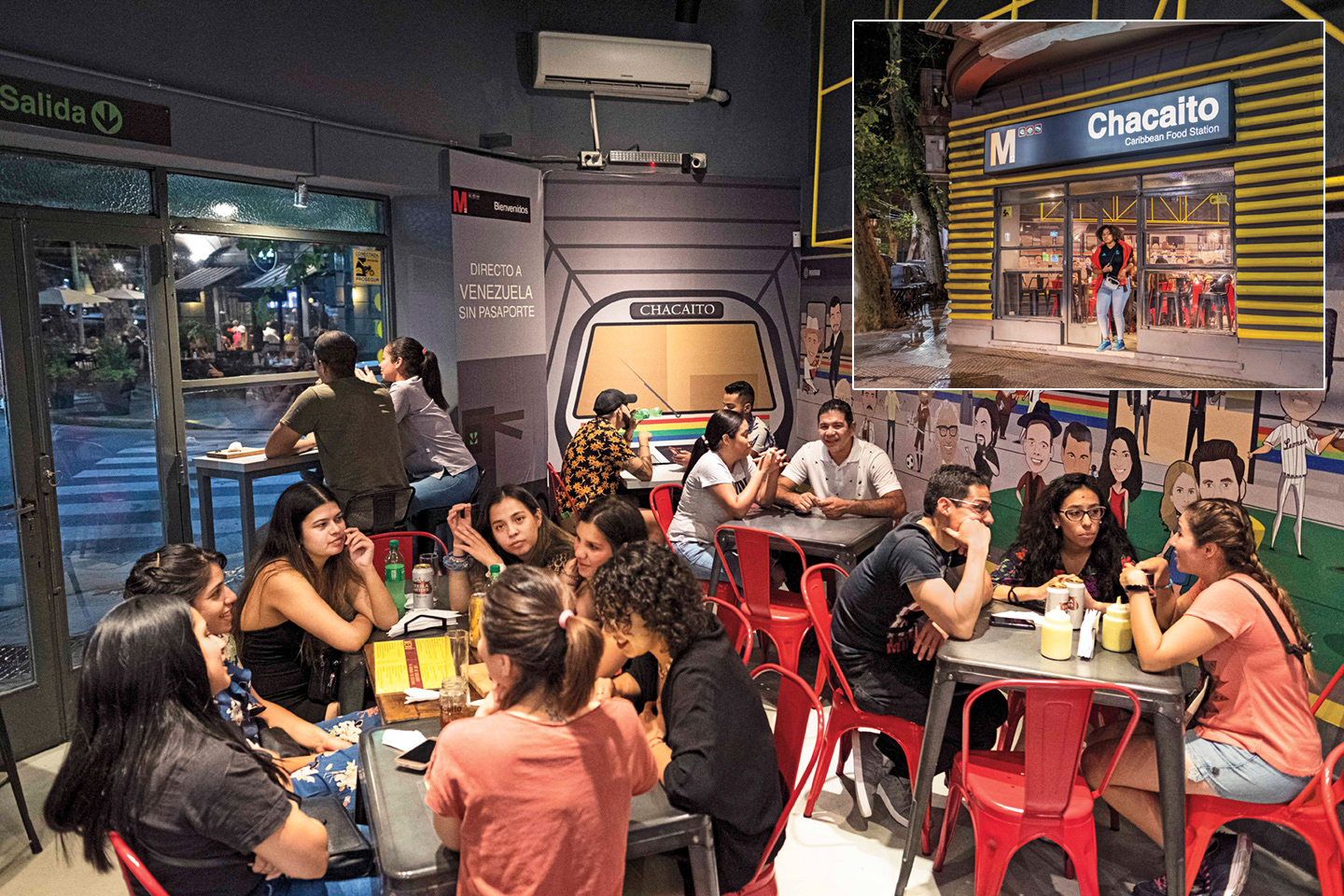 Jolymar Hernández moved to Argentina four years ago as economic and humanitarian conditions in his native Venezuela continued to deteriorate. But he missed the sights, smells and sounds of Caracas – and decided to do something about it. “We reproduced a very famous metro station in Caracas,” Hernández said. The Venezuelan restaurant he founded with fellow immigrant Luis Molner is fashioned to look like Caracas’ iconic Chacaito subway station. “It represents a popular meeting point for us, groups of friends meet there when they go to protests.” Diners at the Buenos Aires version of Chacaito can tuck into arepas while admiring a mural of famous Venezuelans painted on the wall. “We want to be a place where Venezuelans can feel at home and think positively about our country,” Hernández said.
by Erica Canepa 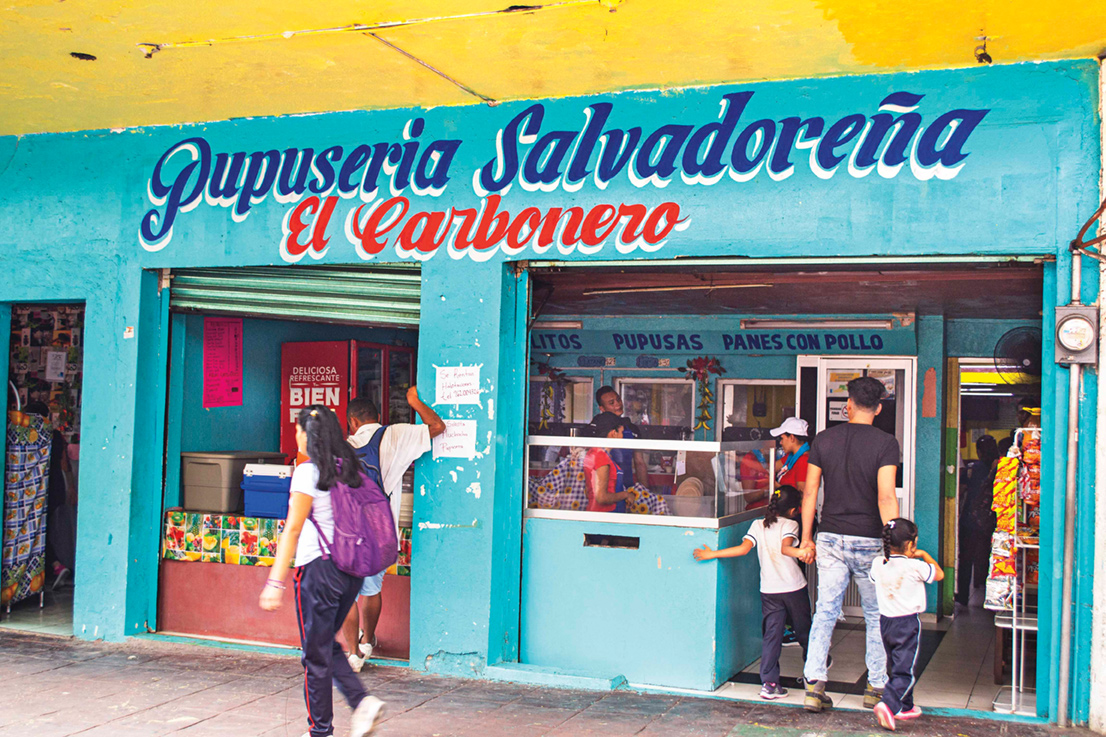 A mainstay of downtown Tapachula in southern Mexico, El Carbonero specializes in authentic Salvadoran pupusas for the thousands of Central American migrants who pass through the city on their way to the United States each year. In addition to a quick, affordable meal for migrants on the move, the restaurant provides a refuge of sorts for Salvadorans facing the risks and hardships of the journey north: the restaurant is staffed entirely by Salvadoran migrants, some in need of a little cash before continuing their journeys, others preparing for a life in exile in Mexico.
by Benjamin Russell 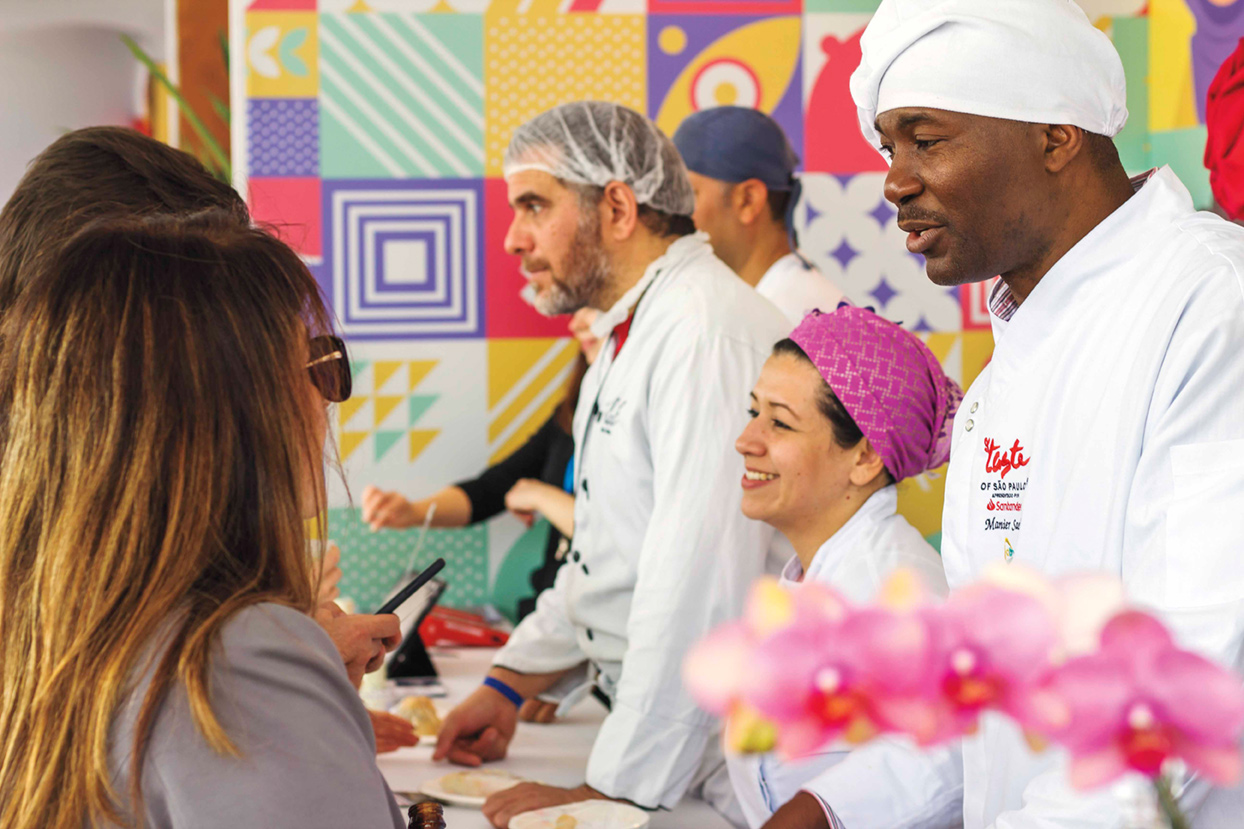 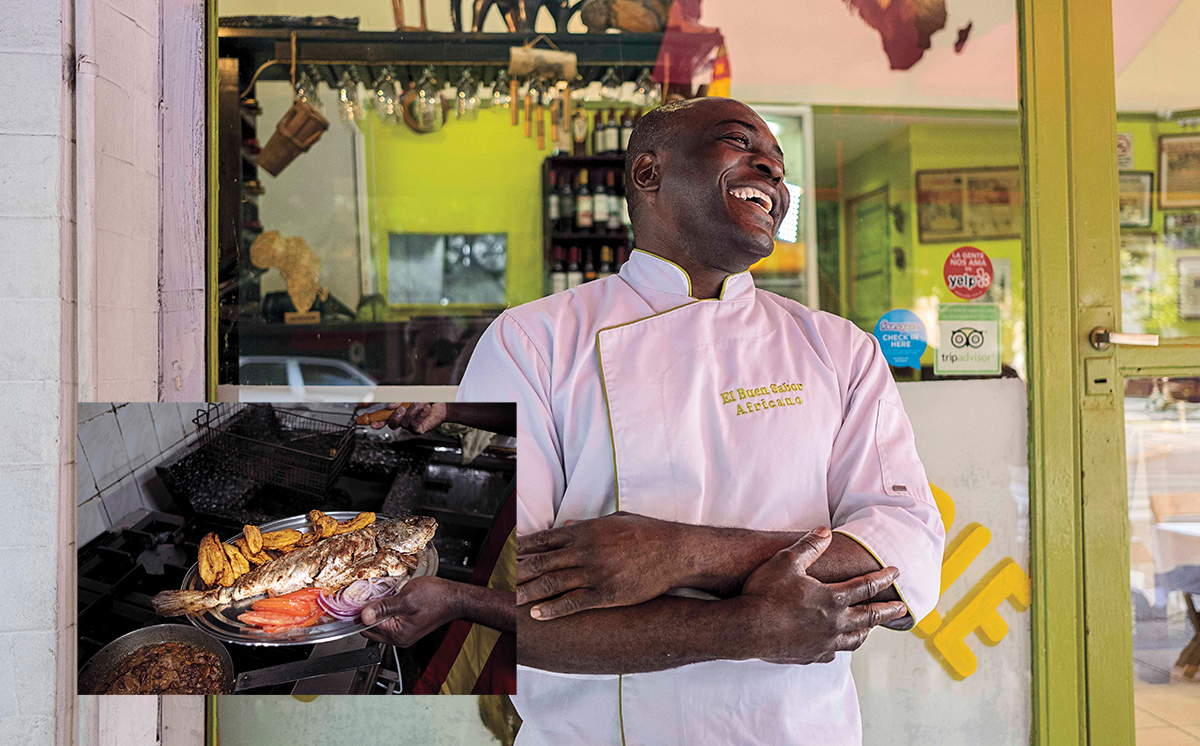 Maxime Tankouo was a soccer player when, at the age of 17, he left Cameroon looking for a better future. He arrived in Buenos Aires for a short holiday in 2001 and then he came back one year later — this time, it turned out, for good. On a whim, a friend tried Tankouo’s cooking and told him he would make a good chef — and El Buen Sabor was quickly born. “At the beginning it wasn’t easy at all, Argentines reacted with racism and ignorance. Many times the restaurant had no clients for the whole night. But I am stubborn. I am African.” El Buen Sabor has since earned local fame, and Tankouo takes pride in having learned to replace African spices with whatever he can find in the markets of Buenos Aires. “I feel now that some people (here) know a little bit more about my country,” Tankouo said.
by Erica Canepa 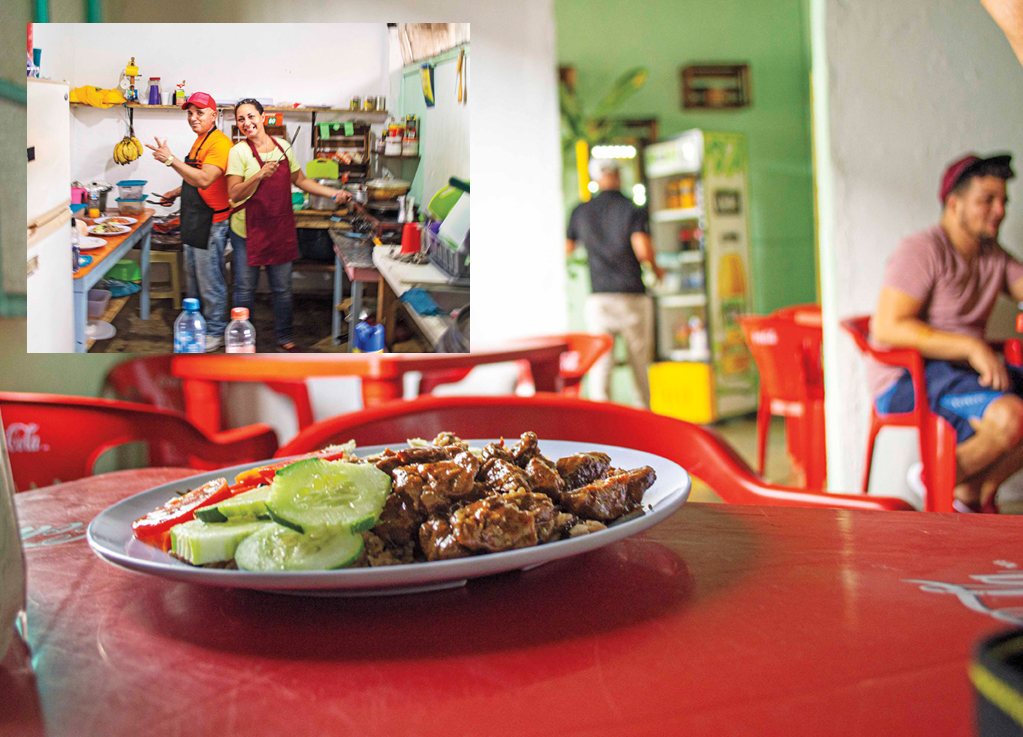 Sabor Cubano opened in October 2019 to give Cuban asylum-seekers in the Mexican border town of Tapachula a much-needed taste of home. “We realized we had an opportunity to help. It’s a place for everyone to feel comfortable — and for Cubans to find food that won’t make them sick,” said Cristina Devi Rovelo, who opened the restaurant with her partner Yaiter Fundora, a recent refugee from Cuba. Just a few doors down from a refugee center in the middle of town, the restaurant has become a gathering place for Cuban asylum-seekers stuck spending extended periods of time in the city. Lázaro González, who makes what is surely the best beef fricassee in town, has been in Tapachula for more than 10 months appealing his case. “I know my time will come, but for now I don’t mind making food and connecting with people,” González said.
by Benjamin Russell 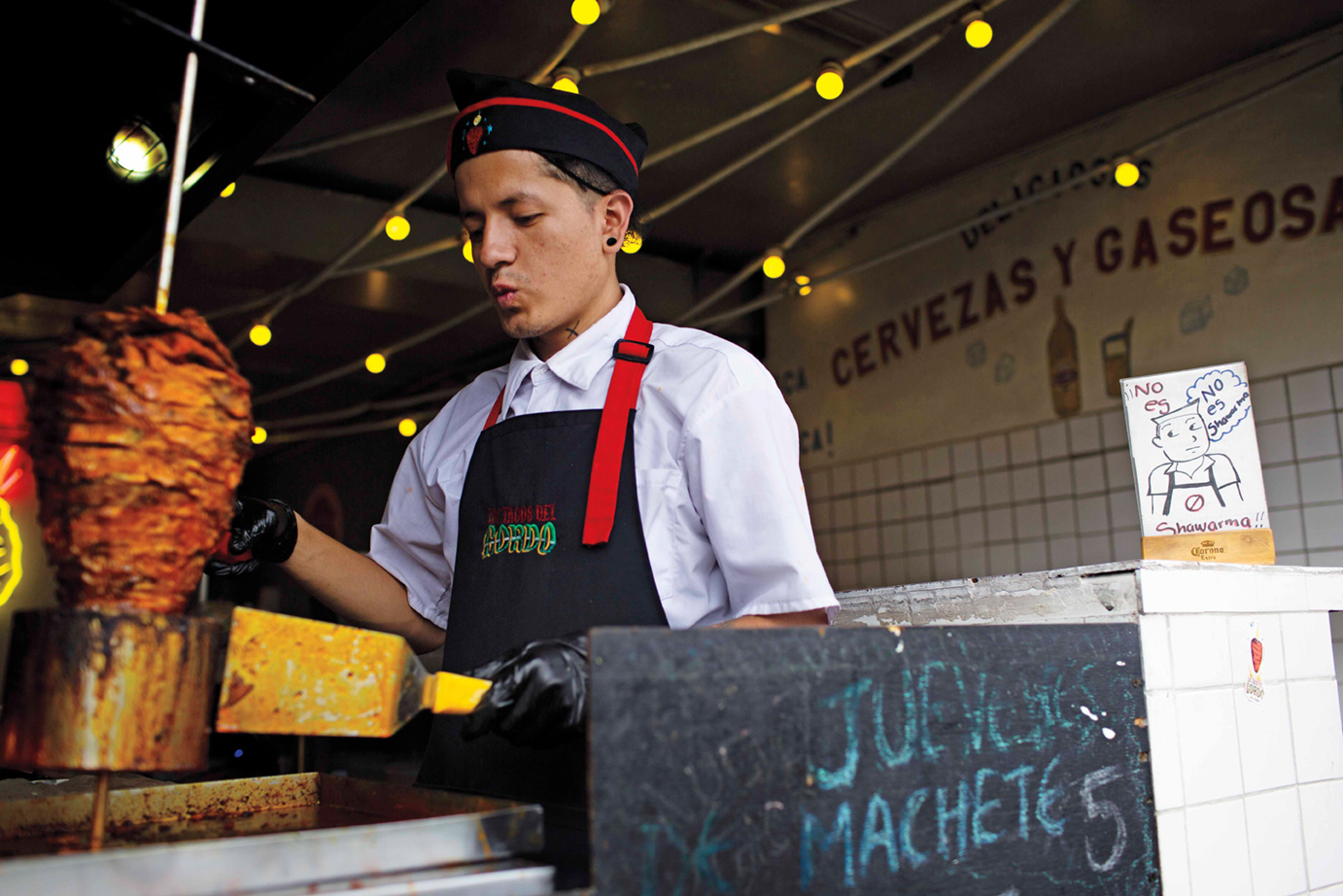 “No es shawarma” (it’s not shawarma) isn’t a sign you’ll see at too many taco stands in Mexico City. But for Cristián Aguirre and Andrés Rodríguez, co-owners of Los Tacos del Gordo in Quito, it was a necessary disclaimer. Faced with a towering mound of carne al pastor, diners previously accustomed only to Tex-Mex tacos and burritos needed a few clues. Aguirre, from Mexico City, and Rodríguez, from Quito, started Los Tacos del Gordo about four years ago — and now run five locations throughout the Ecuadorian capital.
by Yolanda Escobar Jiménez