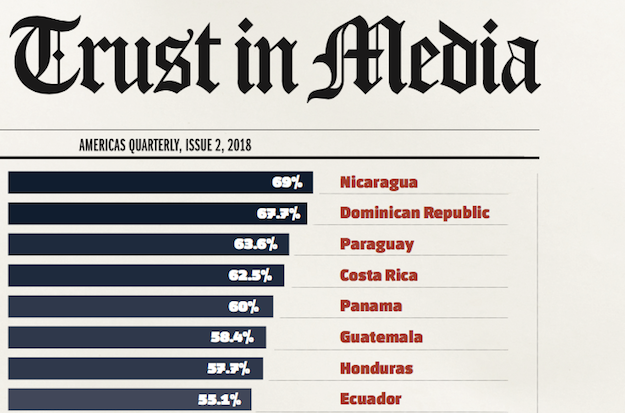 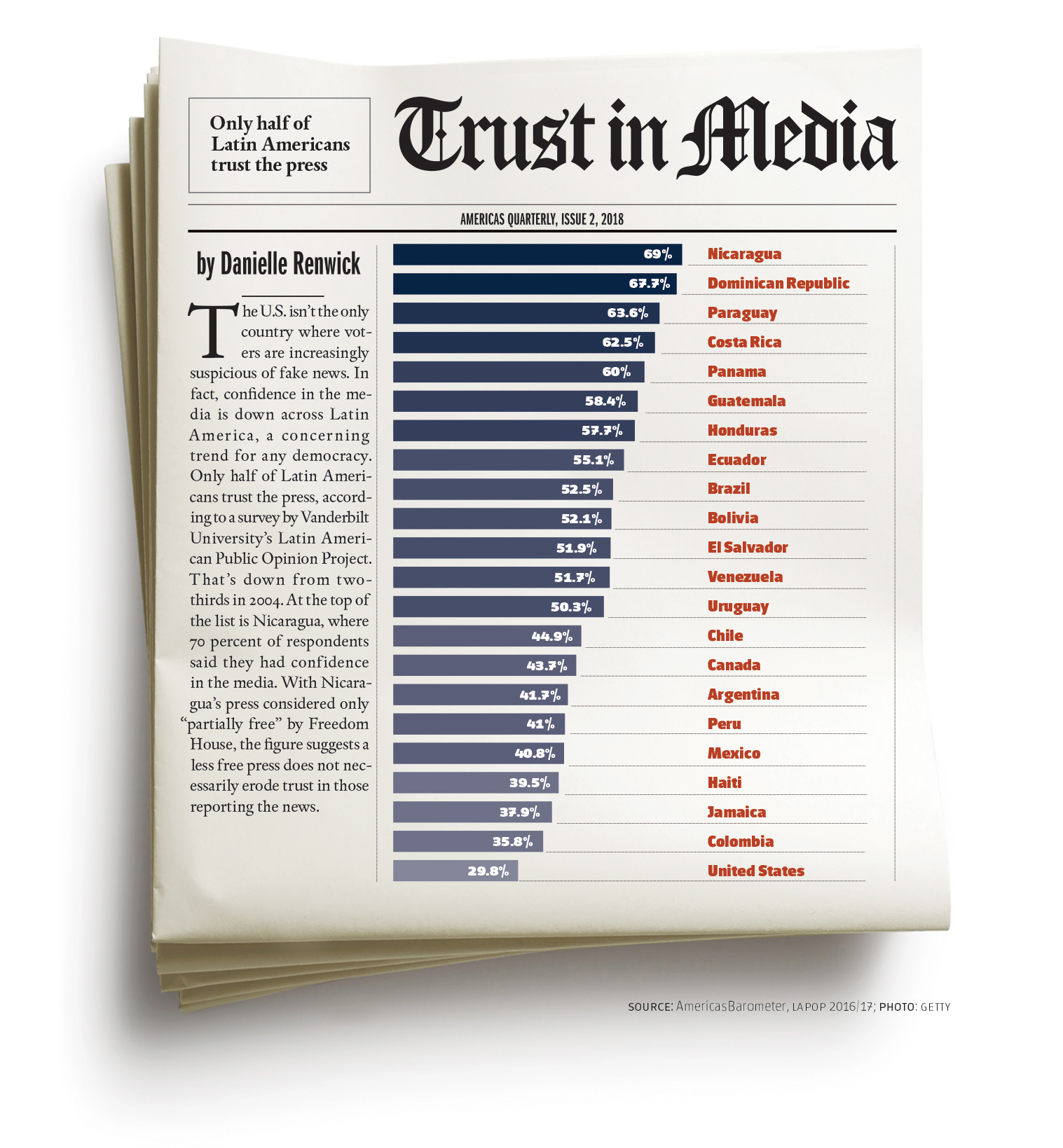 by Danielle Renwick The U.S. isn’t the only country where voters are increasingly suspicious of fake news. In fact, confidence in the media is down across Latin America, a concerning trend for any democracy. Only half of Latin Americans trust the press, according to a survey by Vanderbilt University’s Latin American Public Opinion Project. That’s down from two-thirds in 2004. At the top of the list is Nicaragua, where 70 percent of respondents said they had confidence in the media. With Nicaragua’s press considered only “partially free” by Freedom House, the figure suggests a less free press does not necessarily erode trust in those reporting the news. 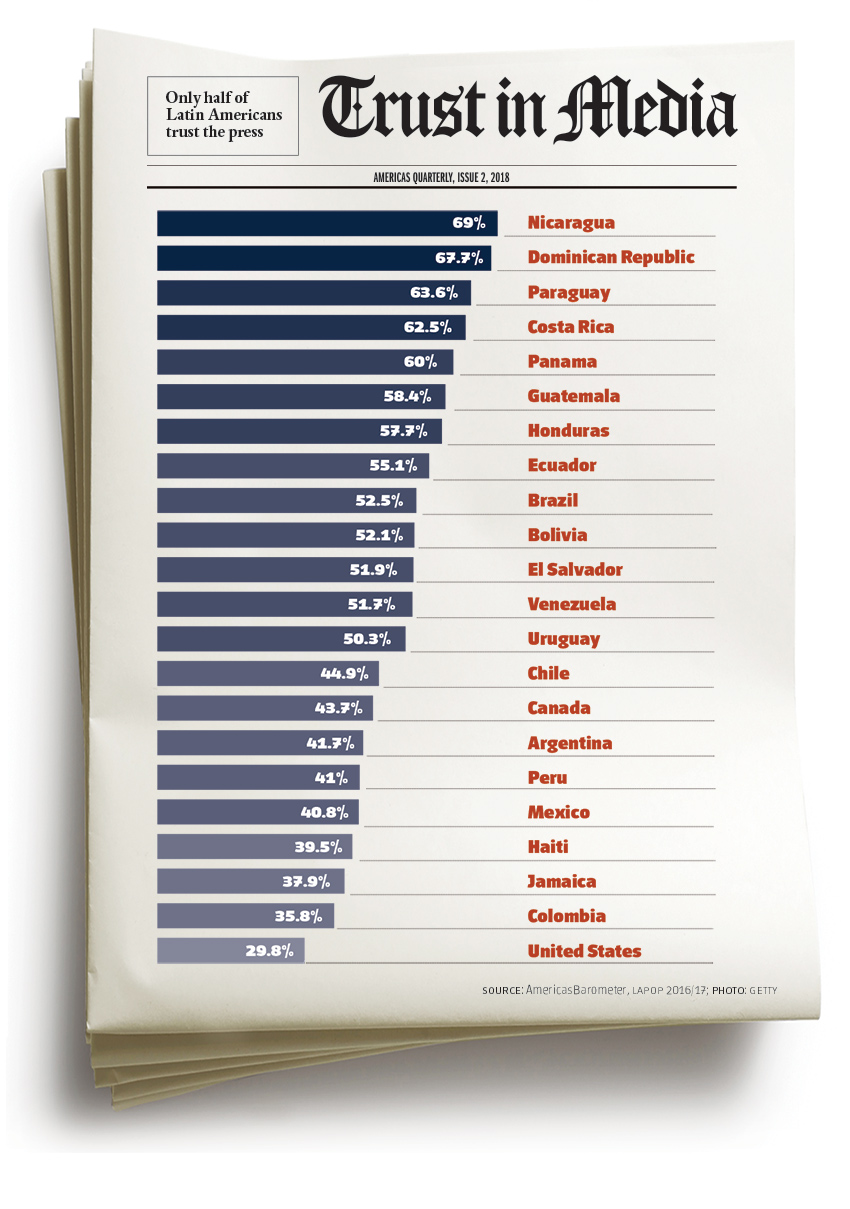