Trained as a criminologist and a sociologist, Maria Mourani, a Montreal Member of Parliament (MP) with a special interest in street gangs in , thought she had seen it all.

But when she delved into the universe of the gangs in , the Mara Salvatrucha and the Pandilla 18, the former parole officer walked into what she describes as a “living hell.”

Through contacts, Mourani was able to meet with members of two rival gangs in (the Mara Salvatrucha, or MS13, and the Pandilla 18), take pictures of their tattoos and visit prominent members in overcrowded prisons. This provided a rare insight into a culture of violence unlike anything she had seen before. [Photographs of gang members and their tattoos can be seen here.]

She calls these gangs “by far the most violent and most dangerous gangs in the world.”

In her newly-published book released in French, Gangs de rue Inc. (Street Gangs Inc), Mourani describes her foray in 2008 into barrios controlled by gangs who deal in drugs, girls, arms, and assassinations.

She was shocked by what she found: cruel and violent initiation rites, young pregnant women proudly displaying the MS13 tattoos, children learning hand signals and a drive by gangs to “export” their “sub-culture” of violence wherever it gains a foothold.

The MP says her interest in stemmed from the realization that the Mara Salvatrucha and Pandilla 18 gangs were establishing a foothold in . Mourani said she felt the need in particular to expose the dangers of the MS13 in —where “expansion possibilities” lie—before things got out of hand.

As the MS13 is spreading in several Canadian provinces, Mourani is concerned the same patterns of violence that are prevalent in , and could take hold in .

“I was told and , it’s an interesting place for us and you’re not ready for us,” she said in an interview for this blog post.

The MS13 is already established in ’s largest city, , which according to Mourani’s sources, was created by gang members from and . With 100 gangs, is ’s gang capital, but the Pandilla is not yet present as far as she can tell.

Beyond , the Mara 13 is present in and in the . Mourani fears that it’s just a matter of time before it takes root in her hometown of .

With that background, Mourani felt it was important to understand how Central American gangs operate and think. 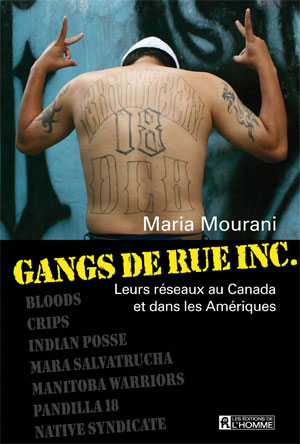 Membership in the MS13, she observed, is usually voluntary and demands undying loyalty to the gang hasta la muerte (until they die) unless a member obtains el pase, a special permission to leave. They then have more or less the status of a “war veteran” who gets to keep his medals but doesn’t kill anymore, says the author.

Through interviews in the tough barrios in —home to 500 families—Mourani encountered gang members who wanted out. At some point, some realize that the gang has cut them off from their family and friends or they don’t want their children to grow up in a gang, she was told. They wish to leave but in many cases, it’s impossible. Members have an unshakable loyalty and sense of belonging to the gang—for many, the only family they know.

In these barrios, gang mentality is invasive. Mourani saw a lot of children, some as young as three or four years old with gang tattoos or harboring the colors of the gang. They absorb the culture of violence, witnessing drugs, prostitution and arms deals. Recruitment starts in the cradle, says the Montreal Member of Parliament. Kids are born into the Mara and rarely escape that reality. If the two parents are members of the MS13, a child can automatically become a member without going through tough initiation rites. If one of the parents is not a member, the child will have to prove himself by going through the rites.

Aspiring members to Central American gangs must first pass violent initiation rites: beatings for 13 seconds for the MS13 and for 18 seconds for the Pandilla 18. Often, she says, the perpetrators “forget to count.” Women have the choice of being beaten or gang-raped. Another step is to kill a rival gang member or someone arbitrarily chosen.

Out of loyalty to the gang, orders must be carried out with no questions asked. If a MS13 member in steps out of line or is seen to be a traitor, he is a marked man. He will be tracked down in any city in North America, Central America or , and killed.

That level of loyalty sets the Central American bands apart from other gangs she’s researched in such as the Crips and the Bloods in . Only native Canadian gangs have this kind of loyalty.

“It’s an unquestioning loyalty. In this gang, death is inevitable, contrary to other street gangs where loyalty is serious business but there’s more latitude. It’s not the same, really not the same. What is interesting is that their subculture promotes the gang. The gang comes first, then the individual. In a lot of North American gangs, it’s often the individual that comes first. If someone can make money off the gang, they will.”

The exception, she says, is some gangs, the majority of which are in the of , west of . alone, ’s capital, has 29 gangs. They share a similar modus operandi: they accept women members, practice a culture of violence and a culture of survival, pass on the tradition from generation to generation and indoctrinate children into the gang culture.

In , the MS13 is embryonic but recruiting is intense, says Mourani, and some kids are impressed with the gang’s sub-culture. She was horrified to discover gangs, including the Mara Salvatrucha, recruit on the Internet. There are special websites to recruit women members. There are about 20 gangs in and 50 in the whole .

In Canada, she writes, the situation is not as “alarming” as it is in Central America but strong medicine is needed to fight this scourge from the South, she argues.

Mourani advocates a coordinated national strategy to fight gangs in and anti-gang police squads in every province. She hopes her book will serve as a wake-up call so that people realize the first victims of street gangs “are the members themselves, the children.”

*Huguette Young is an AmericasQuarterly.org contributing blogger based in . To reach a blogger, send an email to: aqinfo@as-coa.org 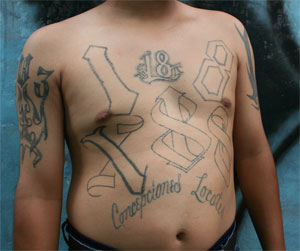 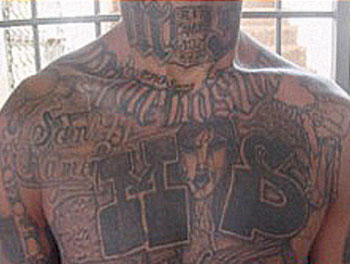 Huguette Young is a veteran journalist and blogger in Ottawa, Canada.