This article is part of AQ’s debut culture supplement, Cultura. To see the rest of the issue, click here

Tania Bruguera has had a significant influence on art as performance, social engagement and activism, both in and out of Latin America. Born in Havana in 1968, she has focused on issues of power and control from the beginning of her artistic career, and has long been an advocate for freedom of expression — a position that has often put her at odds with the Cuban government.

An example of this tension is pictured in the following portfolio. In 2009, Bruguera presented a work at the Havana Biennial titled “Tatlin’s Whisper,” in which she pro- vided an open microphone for members of the audience to freely speak their minds. During an attempted re-staging of the piece in Havana’s Plaza de la Revolución in December 2014, Bruguera was detained by government officials, and upon her release she became the target of a state-sponsored campaign to discredit her as an artist.

Currently based in the U.S., Bruguera’s most recent endeavor is a direct response to those events. In 2015, she founded the Instituto de Artivismo Hannah Arendt (INSTAR), which describes itself as “an institute in Cuba and an online platform that hosts international artists and activists to foster civic literacy and policy change.” INSTAR is currently being planned as a think-tank and center for civic and activist literacy in Cuba.

The concept of constructing an art project with a political dimension is not unfamiliar for Bruguera. In 1998, she founded the Cátedra de Arte Conducta (Behavior Art School) in Havana, which introduced political consciousness into performance art and served as an alternative to existing forms of teaching art in Cuba at the time. She has also frequently taken the conceptual/activist approach to creating institutions, think tanks and organizations that advocate or advance a social agenda. For example, in 2012, with support from public arts organization Creative Time and, later, from the Queens Museum of Art in New York, she launched Immigrant Movement International, a non- profit immigrant rights organization.

One of Bruguera’s contributions to the field of socially engaged art was to coin
the term “arte útil” (“useful art”), reflecting a kind of art practice that has a verifiable impact and application in the world. The small sample of her work displayed on the following pages proves this is not an ideal she takes lightly.

Helguera is a visual artist living in New York. 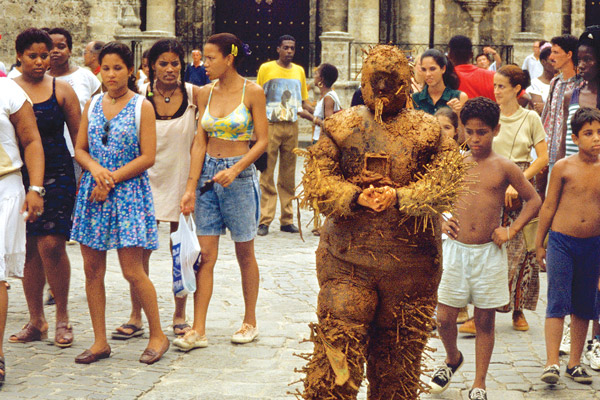 This performance drew on African religious and spiritual symbols to reflect on what the artist considered the unmet social promises of modern Cuba. Dressed as a religious fetish native mainly to the Congo, Bruguera walked the streets of Havana to draw attention to the relationship between faith and people’s trust in their leaders. 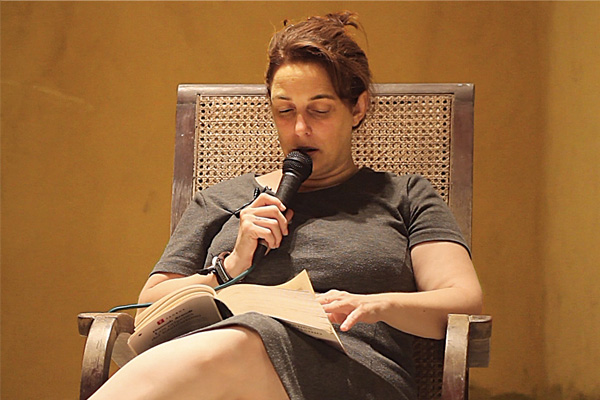 Bruguera reads from Hanna Arendt’s The Origins of Totalitarianism on the anniversary of Cuba’s independence from the U.S. in 1902. 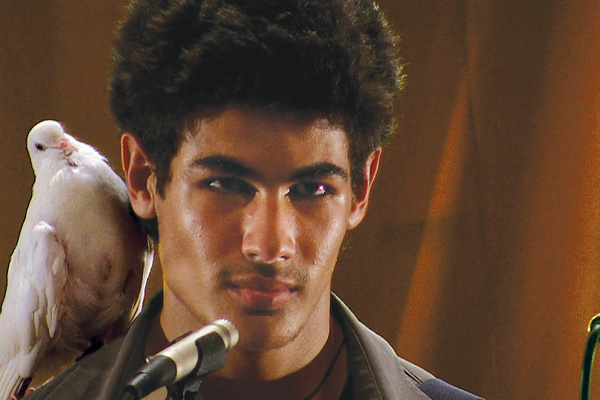 A staging in Havana of Bruguera’s “Tatlin’s Whisper” series used crowd participation to explore issues of free expression, censorship and media complacency. Spectators were encouraged to take the stage and speak freely into a microphone for a minute while two “guards,” a man and a woman, stood by in silence. After their minute was up, the guards made the speakers leave the dais. Thirty-nine spectators participated; some spoke in favor of Cuba’s political system, while others spoke in opposition. 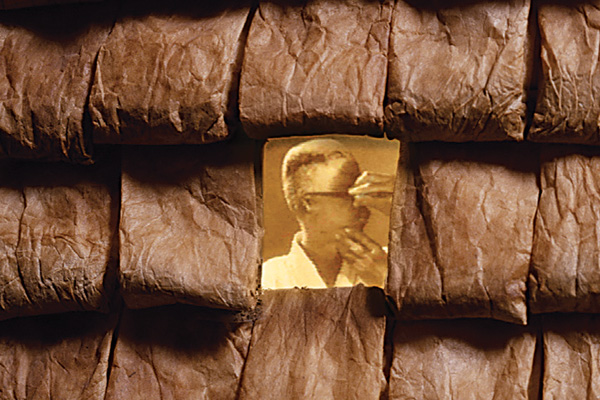 This video installation, first shown at the Istanbul Biennial in 2003, featured selections from historic newsreels projected onto a wall of 700,000 used tea bags. Developed during an extended visit to India, Bruguera imagined the work as a commentary on colonialism, exploitation and mass production. 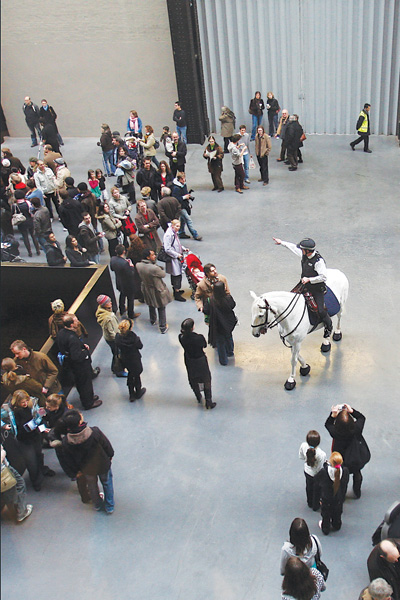 This unannounced performance at the Tate Modern’s Turbine Hall in London is a notable example of Bruguera’s work exploring apathy, cultural anaesthetization, and the mass media. For the piece, two uniformed officers burst into the room on horseback and compelled the crowd to respond to control techniques, dividing them into groups and limiting their movement on the museum floor. 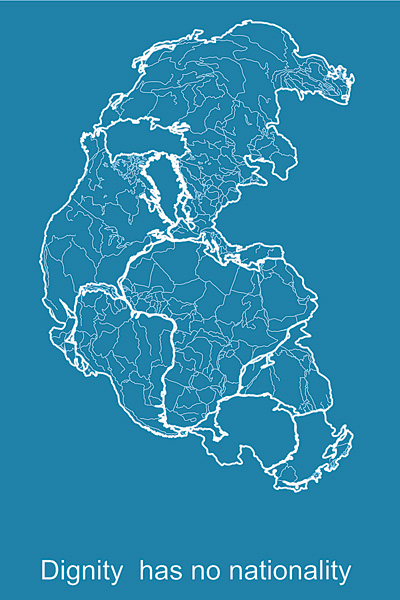 In response to what she views as a negative shift in global perceptions of undocumented immigrants, Bruguera developed this campaign to reinforce ideals of international connectivity and migrant’s rights. A support petition can be found at: dignityhasnonationality.net