“Inner Disruptions” is a project with indigenous women from different communities and ethnic groups of the department of Vaupés, Colombia. After a close encounter with each one of them, I used their life’s stories in order to put together in each case a different prosthesis which extends, limits, covers, outlines or highlights their bodies or one of its parts. Thus transforming objects into symbols of pain or loss and into material manifestations of their suffering and strength. They are women who have lived strenuous lives for different reasons – including the estrangement of their traditions, displacement from their homes, and violence by armed groups – and have transformed such situations into seeds of reinvention. 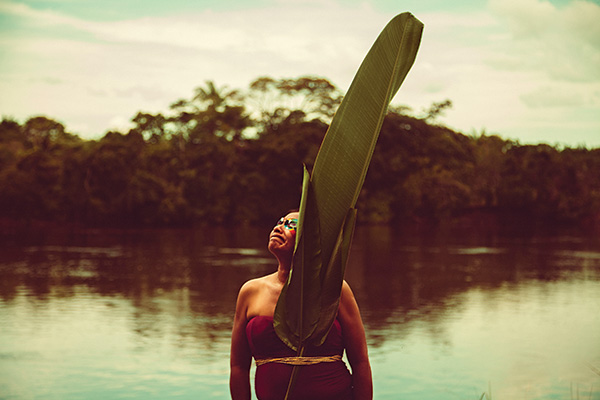 Eloida Rodríguez
Elo is 41 years old. She was born in Puerto Pupuña, in the Medio Vaupés, and she belongs to the Kubea ethnic group. She doesn’t like to remember her name in that language. More than 10 years ago she lost her daughter of only one and a half years of age. Since then, Elo has been living with her mother, her brother and his family in the 13 de Junio community, near Mitú, on the opposite side of the Vaupés River. 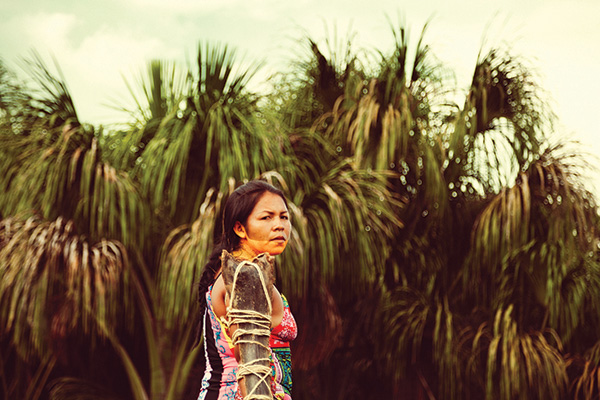 Doris Gómez
Doris is 29 years old and has three children. She is of Kubeo origin and belongs to the Vacurabá community, at the top of the Cuduyarí River. She is a housewife and a farmer, and works on communal lands growing yucca and cooking quiñapira. She is very happy living by the river. Doris feels conficted towards education as her job as a mother and a wife has left her no time to finish her studies. Moreover, she can’t avoid associating education to a terrible memory: in 2008, the Revolutionary Armed Forces of Colombia (FARC) recruited her younger sister Virgelina, who was only 16 years old. They removed her from school along with thirteen other kids and nothing has been heard of them since. Doris’ husband is a teacher. 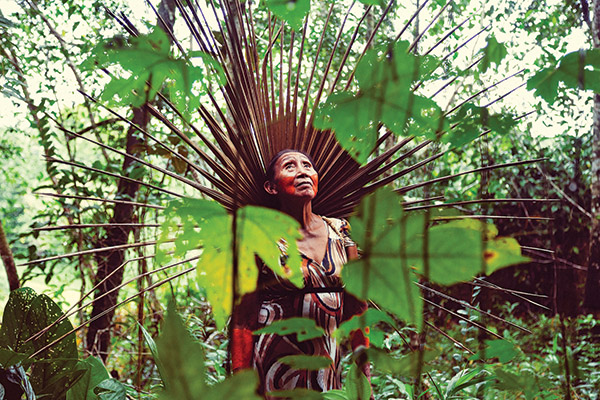 María Magdalena Reyes
I met María Magdalena in the mountains. Her sixty-year-old feet walked swiftly and with precision. She carried a basket filled with yuca brava hanging from her forehead, and in her arms carried another full of produce from the chagra, or communal vegetable plot. As I tried to catch up with her, she told me she belonged to the Desana ethnic group and that she was the daughter of a dancer who whispered her ethnic name in secret. Her father died when she was ten years old. At seven months of age, priests removed her from her community and burned everything down, including traditional dress and their communal house. “The grandparents died of sheer sadness”, said María Magdalena. She grew up with missionary nuns near Brazil and belongs to the community of San Luis de Virarí. 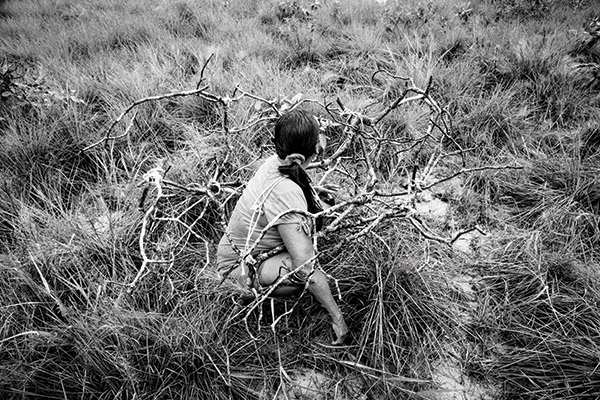 Zená
Doña Cecilia Barrera, or Zená (in Tuyuca) is a 52-year-old woman who describes herself as someone without a will to live. She has long been ill and is unable to bear children, but adopted a girl and two boys who no longer live with her. She feels bothered by dreams and says that if life was different, she would think positively, have a social life and stop being disillusioned about everything. She would like to be a healthy woman and she sees sickness as a constant punishment that she cannot understand.

Merizalde is a photographer based in Colombia