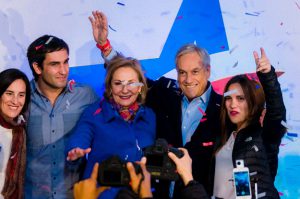 A Radical Change in Chile? Don’t Bet On It

In last week’s presidential primaries, Chilean voters followed the dominant trend in Latin America and signaled that they are ready to hand power back to Sebastián Piñera, a center-right market-friendly former president (2010-2014). If Piñera wins the general election in November, Chile will complete an unprecedented 16- year run under only two democratically elected leaders … Read more