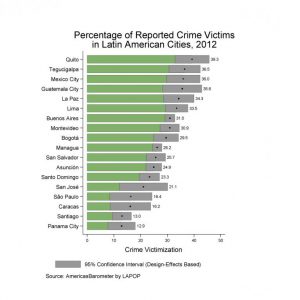 Latin Americans’ Perceptions of the Challenges of Urban Living

Rapid urbanization has shaped Latin American societies for the last half century. Across the Latin American and Caribbean region, about four out of every five citizens now live in an urban area. Nearly two out of every five citizens of the region live in an urban area with more than 1 million inhabitants.[1] The region’s … Read more