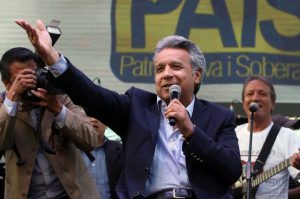 Rafael Correa stepped down on May 24 after 10 years as president of Ecuador, making way for his hand-picked successor, Lenín Moreno, but retaining his power as Ecuador’s most influential politician and his control of the legislature through the Alianza País party. Aware of these constraints, Moreno has sought since his runoff election victory to … Read more It’s Showtime for President Lenín Moreno in Ecuador

Since the days of Richard Nixon, U.S. presidents have called for energy independence — even as their country’s appetite for foreign sources of oil has continued to grow. Today the U.S. consumes almost a quarter of global oil supplies, with little sign of a cutback in consumption, which will likely consign President Barack Obama’s $150 … Read more Untapped