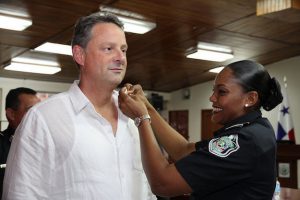 Why Ambassador Feeley’s Resignation Is So Devastating

When the ambassador to Panama resigned his post, U.S. diplomacy lost one of its most talented Latin America hands.

August 20, 2009 Since the Honduran military seized and expelled President Manuel Zelaya, the country’s de facto government has been losing the battle for international legitimacy. De facto President Roberto Micheletti and his allies have tried to convince the world that Honduras experienced a “constitutional succession,” not a coup. But beyond failing to show how … Read more