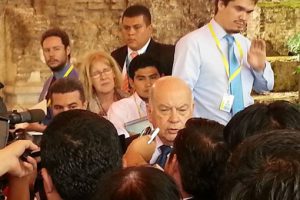 When the 43rd General Assembly of the Organization of American States (OAS) released its final resolution on June 7, those waiting for a brave new direction on the war of drugs were likely disappointed. For all the rhetoric of breaking taboos, decriminalization—at least of marijuana—proved to be a step too far for some participants. The writing … Read more