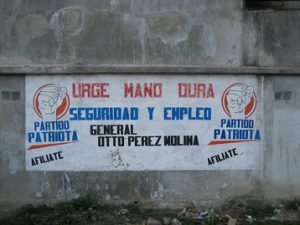 Totonicapán: A Familiar Tale with the Hope for An Unlikely Outcome

On October 4, 2012, Guatemalan soldiers opened fire on a crowd of several hundred unarmed peasants from the western highland department of Totonicapán, killing six and wounding 34 others. Joined by teachers, students and local indigenous authorities, the peasants had set up roadblocks along the Pan-American Highway to protest the hike in electricity prices, education … Read more Totonicapán: A Familiar Tale with the Hope for An Unlikely Outcome 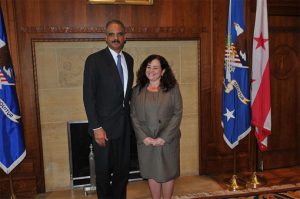 Guatemala’s judicial system is on the upswing. In  2011, the Public Ministry made notable strides in the fight against organized crime and political corruption through the leadership of Claudia Paz y Paz—a new and competent attorney general who took over in December 2010—and the continued support of the United Nations sponsored Commission against Impunity in … Read more Justice in Guatemala 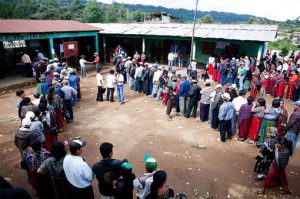 The Road to Victory for Otto Pérez Molina, Guatemala’s President-Elect

With all votes counted within a couple of hours of polls closing on Sunday, November 6, retired general Otto Pérez Molina was confirmed the new president of Guatemala, beating rival Manuel Baldizón by 53.74 percent to 46.26 percent. This year’s election was the second-largest presidential runoff turnout in Guatemala’s history. By the end of the … Read more The Road to Victory for Otto Pérez Molina, Guatemala’s President-Elect 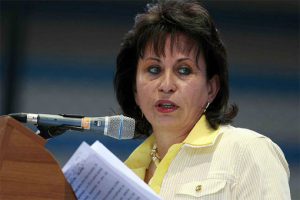 Guatemalan Women Enter the Political Limelight Ahead of Sunday’s Elections

Guatemalans go to the polls on Sunday, September 11, to vote for their president, congressional representatives and mayors. The elections and campaigns in the lead-up are undoubtedly historic moments for Guatemala as they constitute a series of firsts. With nearly 49 percent of the vote in a recent poll, Otto Pérez Molina of the Partido … Read more Guatemalan Women Enter the Political Limelight Ahead of Sunday’s Elections