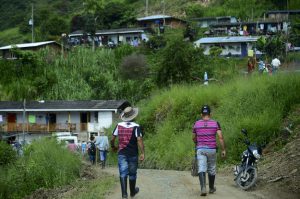 Leer en español At the heart of Colombia’s peace agreement with the FARC is an earnest effort to improve life in its long neglected countryside. A series of national programs for education, health, electrification, housing and credit for the agricultural sector, built into the agreement, are designed to help close a woeful development gap between … Read more Colombia’s Peace Needs a Local Touch 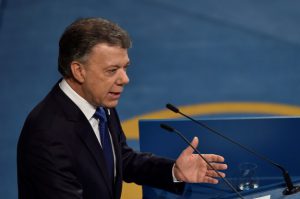 Despite a tumultuous 2016, Colombia ended the year on a hopeful note. On Dec. 10, President Juan Manuel Santos accepted the Nobel Peace Prize for his efforts to broker peace with the Revolutionary Armed Forces of Colombia (FARC), the country’s largest rebel group. In his acceptance speech, Santos said that “the impossible had become possible” … Read more How Santos’ New Peace Deal Aggravated Colombia’s Drug War 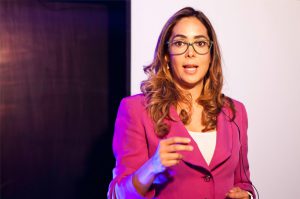 When thousands of Colombians protested on August 10 to demand the resignation of the country’s openly gay education minister, few saw any greater political significance. But as the world struggles to understand why Colombians voted “No” on Sunday to a peace deal with the Revolutionary Armed Forces of Colombia (FARC) rebel group, the seemingly unrelated … Read more Did an Anti-LGBT Panic Help Defeat Colombia’s Peace Deal? 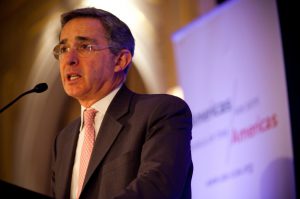 Uribe: Colombia Peace Deal Is “a Capitulation” to FARC

It’s been a challenging few years for Álvaro Uribe. His 2002-10 presidency of Colombia is still credited with a historic drop in violence and robust economic growth rates. But since leaving office with an approval rating upward of 75 percent, Uribe has watched the country move in a different direction. His chosen successor Juan Manuel … Read more Uribe: Colombia Peace Deal Is “a Capitulation” to FARC