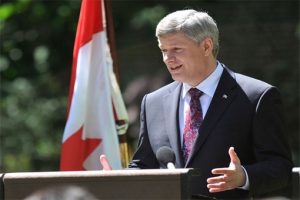 Canada’s Conservatives and Liberals Square Off Ahead of May Election

The defeat of Prime Minister Stephen Harper’s minority Conservative government in the House of Commons on March 25 has set the stage for a federal election on May 2. But voter fatigue—this is the fourth election in seven years—may explain why Canadians are not yet consumed by election fever. The Conservatives’ downfall came after opposition … Read more Canada’s Conservatives and Liberals Square Off Ahead of May Election

The Next Move for Canada’s Liberals

President Barack Obama’s recent day-trip to Canada’s capital not only set a positive tone for dealing with sensitive bilateral and global issues, it put a rare smile on Prime Minister Stephen Harper’s face and highlighted one of Liberal leader Michael Ignatieff’s positive attributes: his connections to the United States. The 7-hour visit gave Stephen Harper … Read more The Next Move for Canada’s Liberals 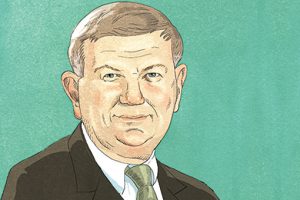 In the hurly-burly of the most engaging presidential campaign in decades, America looked beyond its borders and noticed that Canada is both up here and over there. That’s up here, as in gushing two millions barrels of oil south every day, and over there, as in an ally pumping blood and money into Afghanistan’s absorbent … Read more Recalibrate the U.S.-Canada Relationship