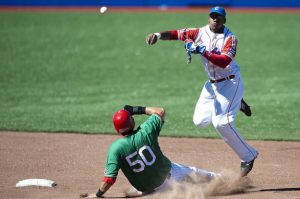 In the latest game of U.S.-Cuba baseball diplomacy, Raúl Castro has home field advantage. The Cuban president on March 22 hosted the first Major League Baseball game in his country since 1999, a potent symbol of MLB’s efforts to take advantage of U.S. President Barack Obama’s diplomatic opening with the island. So far, however, Castro … Read more