This is a preview article from the Winter 2010 issue of Americas Quarterly (release date: February 17, 2010), which will feature essays from young leaders from business, politics and civil society across the hemisphere. Subscribe to AQ.

In Brazil, we have reached a decisive moment in our history. Abroad, we are now considered one of the so-called emerging countries. At home, ethnic and racial inclusion is an increasingly important part of the national agenda. On the economic front, the giant pre-salt oil reserves recently discovered in the offshore Tupi fields give us the potential to be a major oil exporter in coming decades. And we will soon be hosting both the 2014 World Cup and the 2016 Summer Olympics.

However, if Brazil hopes to be a leader among emerging nations, we must overcome serious internal problems such as inadequate income distribution, low investment in education, institutional racism, and digital apartheid.

According to a 2005 United Nations Development Programme (UNDP) survey, 70 percent of the poor in Brazil are black. UNDP figures also show that Afro-Brazilian women (according to Instituto Ethos) make up only one percent of executives in the country’s 500 largest companies and that blacks represent just 15 percent of journalists, although they make up 45 percent of the population, reflecting the under representation of Afro-Brazilians in forming public opinion. All this in a country where Afro-Brazilians, at current levels of population growth, are likely to become an absolute majority in 10 years.

Our most important challenge is overcoming what I consider digital apartheid.

Global connectivity is one of the defining characteristics of Generation Y—those born after 1980 who did not need to learn to use computers and cell phones as adults. They grew up during the development of personal computers and the Internet. The fact that many of us were raised with an intimate knowledge of digital media greatly influences the way we see the world and how we face challenges. This generation has pioneered open-source digital systems, the use of cyber-activism to promote democracy and global actions in defense of the environment.

However, many Brazilians have not been included in this “digital revolution.” In Brazil’s capital, Brasilia, for example, the richest 10 percent have an Internet access rate of 76 percent, equivalent to that of the Netherlands. Among the poor blacks of Salvador—another major Brazilian city—only a minority of residents have a computer at home. According to a 2008 study by the Centro de Estudos sobre as Tecnologias da Informação e da Comunicação (CETIC), nearly half (47 percent) of Brazilians had never used a computer.

This technological exclusion violates human rights in the same way that policies of racial apartheid kept millions of black South Africans outside their country’s political system.

The state recognizes this problem and has taken steps to democratize Internet access. By 2010, Brazil’s Ministry of Science and Technology will have invested approximately $28.2 million in building 2,000 telecentros that will provide free Internet access to users and also in helping the Ministry of Education bring computers into the public schools. But more needs to be done. Key measures that we believe will help build a true global democracy include:

There is also a need for policies that will help bring about the full inclusion of the poor, blacks, indigenous, migrants, and other “wretched of the earth” as identified by the late Frantz Fanon.

To this end, Brazilian youth have attempted to advance racial equality by fighting for affirmative action in universities, creating networks of cooperation and building alternative forms of communication.

The organization I founded, Instituto Mídia Étnica (www.midiaetnica.org), aims to help the black community develop appropriate communication and information tools. I created Mídia Étnica because I understood that, historically, Afro-Brazilians have been excluded from the production and broadcast of media content. 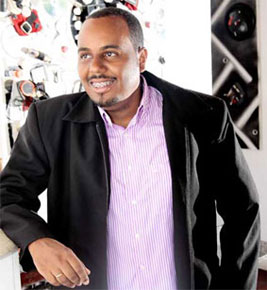 When I studied communications at Universidade Católica do Salvador in 2002, I became aware that issues of diversity in the media were simply not discussed and that there were no black teachers in a city where more than 80 percent of the inhabitants were of African descent. Our organization intended to involve Brazil’s black advocacy organizations in discussions about the media with a goal of campaigning for greater media diversity. We were one of the first groups of Afro-Brazilians to discuss communication oligopolies—the concentration of Brazilian media in the hands of a few white families.

If we are able to influence public opinion through our own media outlets, we will be able to overcome the black community’s traditional lack of political voice. One of the topics we discovered was that the concentration of radio licenses for areas that served Afro-Brazilian communities—often with public concessions—were controlled by non-Afro-Brazilians—a serious constraint on the ability of Afro-Brazilians to reflect their own cultural and political issues. Our initiatives seek to help increase the self-esteem of thousands who do not recognize themselves in the media, and we will contribute to Brazil’s development as we help give voice to the majority of the population-—voices that are now silenced.

We began our organization as a group of media students in Salvador. Today, we have collaboration across Brazil and the world. We have our own news portal, a collaborative Web 2.0 platform (www.correionago.ning.com), and soon will have our own online TV channel.

We also helped to organize what became an historic event for Brazilian democracy, the First National Brazilian Conference on the Media. The event helped redefine the legal framework of the Brazilian communications landscape by rethinking issues such as universal broadband, the democratization of digital TV and criteria for allocation of radio shows, among other topics.

I predict that in 20 years, we will have implemented a successful development agenda for Brazil based on sustainable development, a democratic communications platform, equality of opportunity between the sexes, and especially an end to the silent genocide of black youth who are systematically targeted by police and paramilitaries—often the result of sensationalist media that stigmatizes Afro-Brazilians.

There are many encouraging signs of progress. The Instituto Cultural Steve Biko (www.stevebiko.org.br), for example, has worked to popularize science and increase the number of Afro-Brazilian scientists. With the help of this project, Sheila Gomes, a black youth, was given the Young Scientist Award by President Lula in 2007.

Minister of Sports Orlando Silva is one of the youngest ministers in Brazilian history and was the first black member of the National Student Union. In the private sector, Romero Rodrigues founded BuscaPé, an Internet search engine, in 1988, with an initial investment of $56 and over the next decade transformed his idea into Brazil’s largest e-commerce company, with operations in Mexico, Argentina, Chile, Colombia, Peru, and Spain. Recently, the site was sold to a South African group for $342 million, and the young founders remain in the company’s senior management as minority shareholders.

These experiences should serve as examples to millions of young people around the world, showing that youthful vitality coupled with creativity and perseverance can make our world a better place to live with greater equality, prosperity and respect for the environment.

Constructing a genuine democracy in Brazil requires broad public access to communications—whether through public concessions or universal access to the Internet. In all these cases, we must ensure that the media reflect the opinions and traditions of our social diversity.