LA PAZ – In the dry, almost treeless landscape of Bolivia’s capital, cholitas bring an unparalleled flash of color and style as they hustle down the street, their wide skirts swirling and fringed shawls swishing, their outfits topped off with boxy bowler hats, dainty flats and extravagant pearl-encrusted pins and earrings.

Only 15 years ago, the term cholita was a pejorative for an urban Aymara indigenous woman. Much of what transformed the word into a source of ethnic pride can be credited to Rosario Aguilar, a designer and entrepreneur who has moved the cholita’s traditional dress from marginalized to high fashion.

A cholita herself from La Paz, Aguilar finished only two years of high school before having children. At 40, her family convinced her to go back to school and then university.

“It was tough,” Aguilar, now 56, told AQ. “You just didn’t see many indigenous women students then.”

Six years later she was a lawyer, and in 2005, Aguilar began a stint as a La Paz city councilor. “I’m really a politician,” she admitted. “I want to change the view society has of indigenous women.”

Aguilar saw fashion as an ideal platform to do this. She took over a city-funded project to highlight the clothes unique to Aymara women, organizing an annual fashion show featuring cholitas from La Paz.

“I wanted to break old patterns of discrimination that meant we weren’t allowed into luxury hotels and fancy restaurants,” she said. 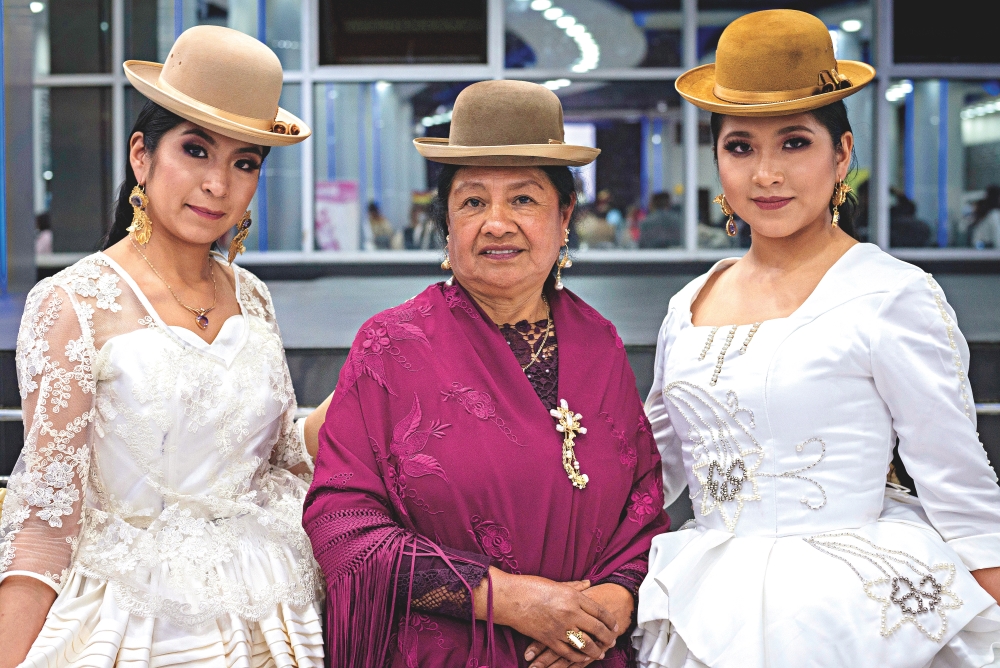 In 2014, Aguilar started a modeling school that now has over 200 graduates. “We model differently, with more sudden movements to show off our petticoats and wide skirts. More smiling, more flirting, more showing off our braids: everything that is the La Paz cholita.”

By 2016, Aguilar was participating in Bolivia’s most important fashion event, Bolivia Moda.

“People were amazed that a cholita designed clothes using macramé, embroidery and vicuña wool,” she said.

Today, Aguilar continues to break new ground with collections targeted at non-Aymaran women, just as a new generation of cholita designers follows in her footsteps, dazzling fashionistas in Madrid, Paris and New York.

Farthing is a journalist based in La Paz


Tags: Fashion Innovators
Like what you've read? Subscribe to AQ for more.
Any opinions expressed in this piece do not necessarily reflect those of Americas Quarterly or its publishers.