It was a hot summer afternoon and Mao Yuxi, a teacher from Xi’an University, greeted her students as they arrived in the classroom, while Chinese music played softly in the background. It was an unusually small class, part of the summer break program at the Confucius Institute in the National University of La Plata (UNLP), an Argentine public university about 35 miles from Buenos Aires. The five students in attendance didn’t seem bothered by the heat — they just exchanged greetings in Mandarin while getting ready for the 4 p.m. calligraphy class, brushes and paper in hand.

The lesson for the day was ostensibly simple: how to write the number three using Chinese ink. Most students struggled to get the character — three horizontal lines stacked on top of each other — to look right. But Felipe Araujo, 16, worked with ease, writing with meticulous and clean strokes. He has been taking classes for three years. “I remember reading a book titled Everything You Need to Know About China and I was immediately fascinated,” said Araujo. 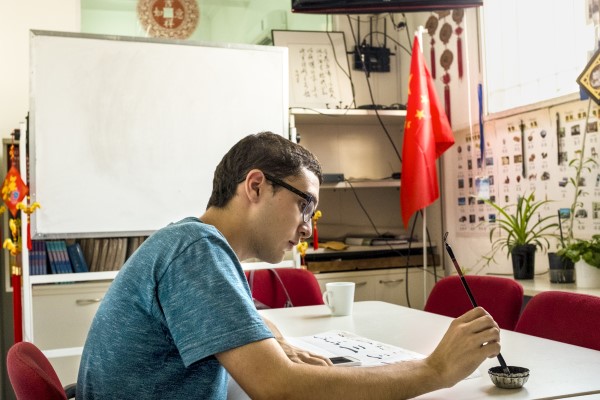 Felipe Araujo has been working on his calligraphy skills since he was 13 years old.

been working on his
calligraphy skills since
he was 13 years old.

The Confucius Institute at UNLP is one of 41 that have sprouted across Latin America and the Caribbean in the past decade and a half, teaching everything from calligraphy and language to a distinctly Chinese take on economics and law. They’re part of a global network of more than 500 institutes established since 2004 by the International Chinese Language Council (Hanban) — a unit of the Communist Party’s Ministry of Education.

Some have questioned whether Confucius Institutes are propaganda tools of the Chinese Communist Party, and recently 10 U.S. universities, including Texas A&M University and the University of Rhode Island, announced they were closing down their institues due to political concerns. But Norberto Consani, founder of UNLP’s Center for Chinese Studies and the current Argentine director of its Confucius Institute, disagrees. “There’s a fundamental difference between Chinese influence in Latin America and, say, U.S. influence. The Chinese set off from a position of humility, of equals. It’s a horizontal relationship. And that is very valuable in a region used to colonialism,” he said. 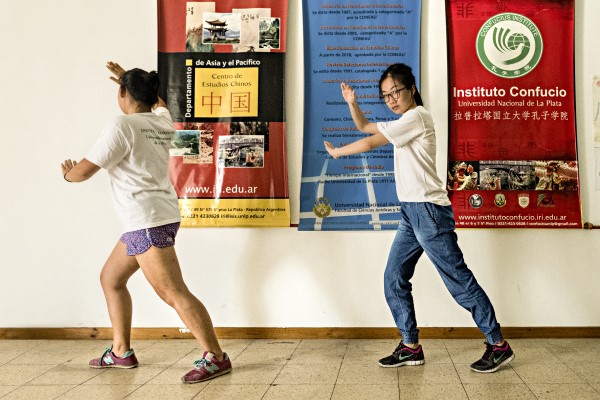 The institutes teach aspects of Chinese culture, from language and Tai Chi to pottery and economics.

During the school year, the hallways of the institute at UNLP are crowded with Argentine students and Chinese foreign exchange students, as well as teachers from both countries. The atmosphere is one of total convergence between Argentine and Chinese cultures, where yerba mate sits side by side with green tea leaves on classroom shelves and students greet each other with a friendly “hola” followed by a “ni hao”.

Last year UNLP started its first graduate program in Chinese Studies, where subjects include China’s international relations, economy and law. “We have 24 students, from lawyers to economists and architects. What unites us is our passion to understand China and to link our work to that country,” said Andrea Pappier, an Argentine architect who helped set up La Plata’s Confucius Institute in 2009 and today is its general secretary and cultural coordinator, as well as a student. “It’s such a fascinating country, which I feel is greatly misunderstood here in Latin America,” said Pappier. 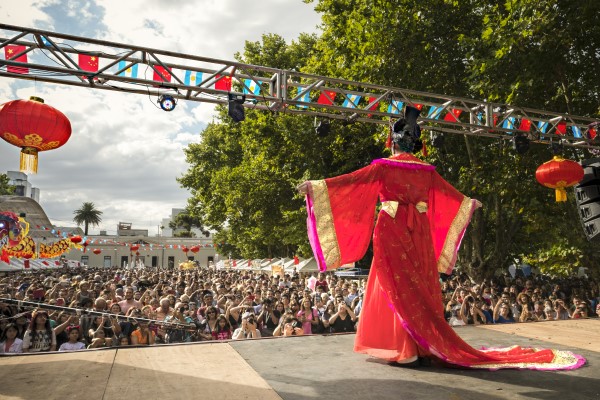 Judging by the number of cameras, Argentines seemed to be enjoying this lunar new year show.

Consani launched a regional network of smaller satellite institutes in 2015 that span from Jujuy, Argentina’s northernmost province, to Tierra del Fuego, its southernmost. “To me it is very important that people outside of Buenos Aires and La Plata have the opportunity to learn about China,” he said. “Having someone taking Chinese language exams in the middle of nowhere in the north of Argentina — it’s unprecedented.”

Li Fangjun, an English professor at Xi’an International Studies University and Consani’s Chinese counterpart at UNLP, admitted that the institutes across Latin America play a key role in helping advance China’s economic interests. But he said it is a mutually beneficial relationship. “Confucius Institutes directly serve the Belt and Road Initiative. Chinese enterprises need to cooperate with local enterprises, but first they need smooth communication. If locals have a better understanding of our country, cooperation will be smoother,” said Li. 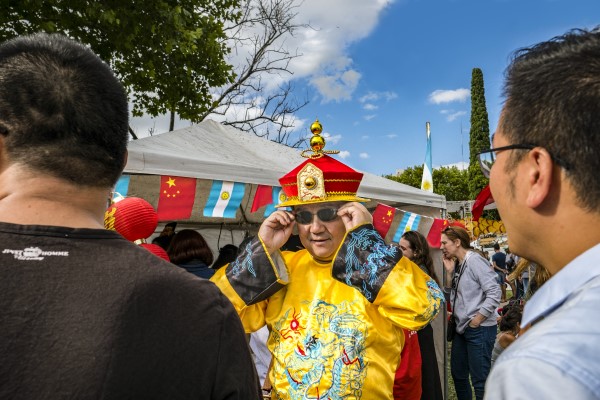 Li Fangjun, codirector of the La Plata Institute, wants his students to understand China on a deeper level.

“The difference between China’s soft power in Latin America and the U.S. is that with China it’s a win-win relationship, whereas with the U.S. it’s a zero-sum game,” he said. “China is advocating for globalization, we have opened our doors, whereas other countries are closing theirs.”

According to Li, it is particularly important for Confucius Institutes to create opportunities for young students to not only speak Chinese but also to understand the country at a deeper level. As an incentive, the institutes offer scholarships where foreign students visit China for several weeks.

Araujo, the young calligraphy star, earned just such a scholarship — a 20-day program that recently took him to China. “Learning the language is one thing, but getting to know the country is something completely different” he said. And he is going back. After he graduates from high school later this year, Araujo will travel again to China for a six-month exchange program.

“The world is becoming more and more globalized, and China’s role will only increase,” said Araujo. “Those of us who study Chinese and understand China will have a leg up in the future.”

He is a reporter based in Argentina


Tags: Argentina, China, Confucius Institute
Like what you've read? Subscribe to AQ for more.
Any opinions expressed in this piece do not necessarily reflect those of Americas Quarterly or its publishers.