Mexico has a relatively high concentration of fresh water sources in the more sparsely populated southern states. The nation’s major cities, which hold over 75% of the population, are located near less than 30% of the nation’s water resources and struggle with drought, contamination and overexploitation of drinking water. Mexico City sits atop a sinking lake bed and experiences consistent rainfall and flooding between May and September, but faces recurring water crises resulting from aging infrastructure and the depletion of the district’s limited groundwater (page 54). Elsewhere contamination from industry, agriculture and mining plagues rivers like the Sonora, which in 2014 saw a toxic waste spill that affected more than 800,000 Mexicans. 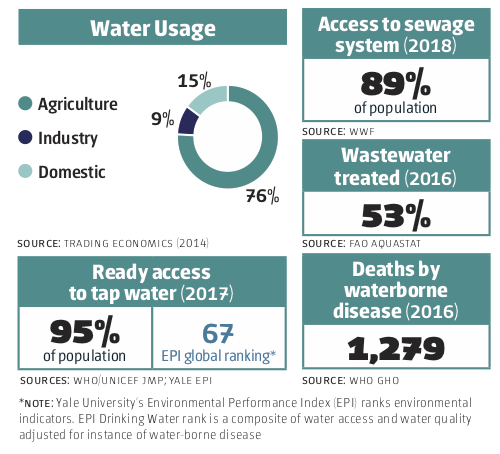 Mexico’s National Water Commission, part of the Ministry of Environment and Natural Resources, handles water governance at the federal level but state water commissions have considerable autonomy. Agriculture accounts for 3.6% of Mexico’s GDP and is the country’s most water-intensive sector. Farmers are granted rights over local water resources in a concessions system. President Andrés Manuel López Obrador committed to never privatize water and signed a decree to guarantee poor and marginalized communities access to water and instruct the National Water Commission to recover basins and aquifers. 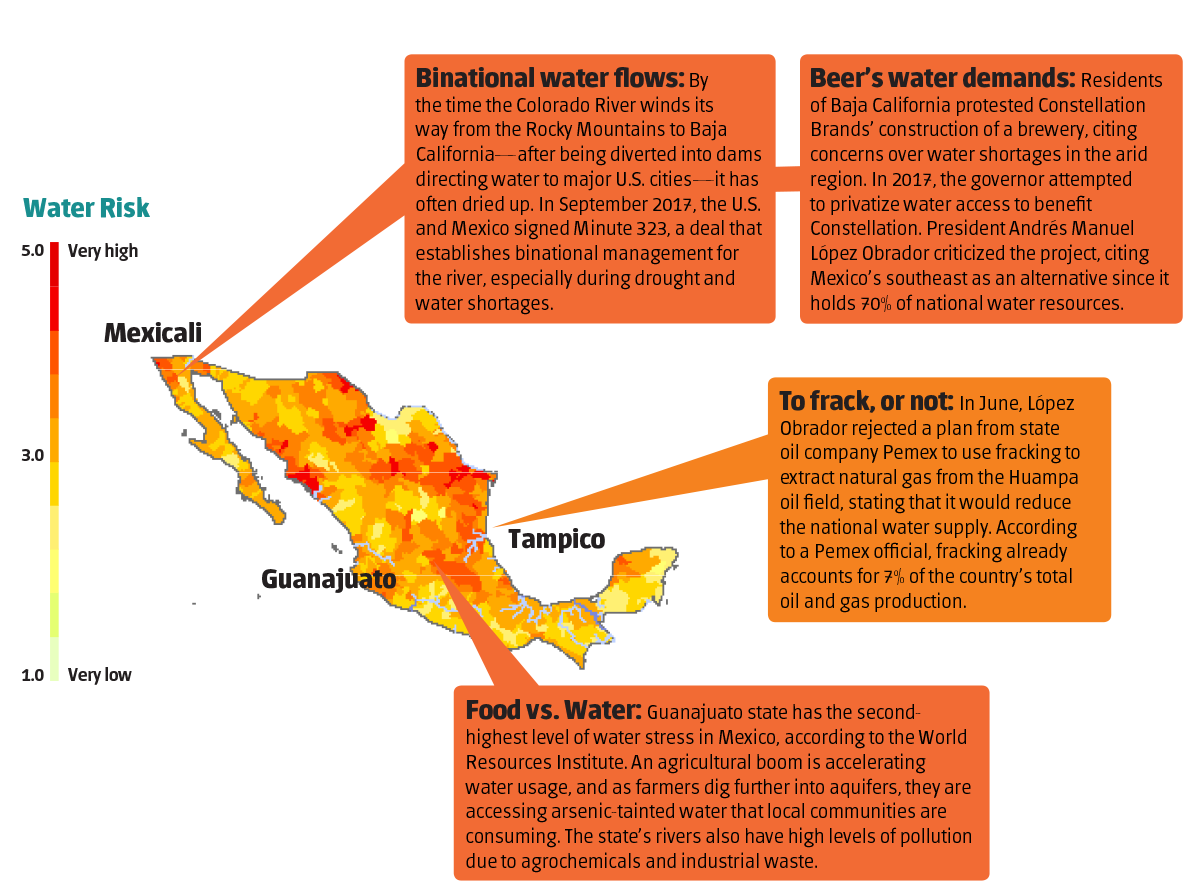 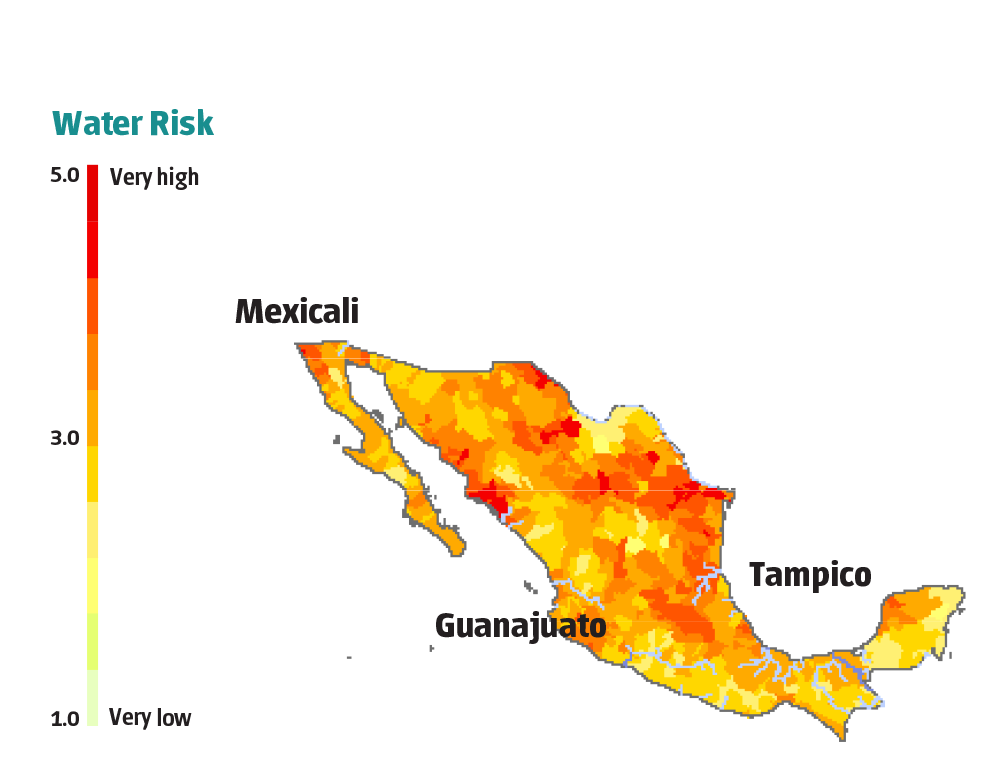 Binational water flows: By the time the Colorado River winds its way from the Rocky Mountains to Baja California — after being diverted into dams directing water to major U.S. cities — it has often dried up. In September 2017, the U.S. and Mexico signed Minute 323, a deal that establishes binational management for the river, especially during drought and water shortages.

To frack, or not: In June, López Obrador rejected a plan from state oil company Pemex to use fracking to extract natural gas from the Huampa oil field, stating that it would reduce the national water supply. According to a Pemex official, fracking already accounts for 7% of the country’s total oil and gas production.

Food vs. Water: Guanajuato state has the second-highest level of water stress in Mexico, according to the World Resources Institute. An agricultural boom is accelerating water usage, and as farmers dig further into aquifers, they are accessing arsenic-tainted water that local communities are consuming. The state’s rivers also have high levels of pollution due to agrochemicals and industrial waste.