Click here to read more of the decade’s 10 biggest stories.

WHAT HAPPENED: Three days before Christmas in 2016, the DOJ dropped a bombshell that continues to reverberate through Latin American politics. In a press release, the department said that Brazilian construction conglomerate Odebrecht, together with its petrochemicals subsidiary Braskem, had disclosed information on about $788 million in bribes they had paid to officials in 12 countries.

The companies agreed to a combined settlement of at least $3.5 billion with Brazil, the U.S. and Switzerland, which would receive 80%, 10% and 10% of the fine, respectively. It was “the largest-ever global foreign bribery resolution,” according to the DOJ. (The sum would later be significantly reduced due to Odebrecht’s financial troubles.)

At the time, the public already knew that Odebrecht had run a global corruption enterprise through its so-called Department of Structured Operations. Brazilian prosecutors had been investigating the company since 2014 in the context of Operation Lava Jato, and Marcelo Odebrecht, the conglomerate’s heir and CEO, had been in jail for almost a year and a half.

But the settlement opened a new window into the workings of Odebrecht’s corruption operation, providing a trove of details about alleged crimes in Brazil, Peru, Colombia, Argentina, Venezuela, Mexico and elsewhere. With a DOJ document stating that officials in these countries had received millions in kickbacks and other forms of corruption, dismissing the allegations suddenly became much harder.

WHY IT REALLY MATTERED: From Mexico to Brazil, the Odebrecht scandal helped push corruption to the center of public debate. It also bolstered a widespread revolt against political and business elites – a decisive element in most of the elections held in Latin America over the past two years.

From 2016 on, the scandal began to have important ramifications for local politics in several countries beyond Brazil. Odebrecht-related accusations have touched every Peruvian president in power between 2006 and 2018, as well as several senior politicians, throwing the country into a spiral of political crises that has included a presidential impeachment and the dissolution of Congress.

Peruvian authorities settled with Odebrecht and allowed the company to remain in the country in exchange for agreeing to pay a fine and collaborate with prosecutors. Elsewhere, the situation is cloudier.

Colombia, for example, has not reached a settlement with the company despite being dramatically affected by its web of corruption. According to one senior official, the Colombian government does not believe Odebrecht has been totally forthcoming about wrongdoing or negotiated in good faith (a recent journalistic investigation indicates that this might be true). In some places, such as Mexico or – the most extreme case – Venezuela, authorities have refused or blocked real investigations into Odebrecht, amplifying the perception of impunity and injustice.

Across the region, the disclosure of Odebrecht’s activities has forced authorities to rethink how they investigate international corruption rings and reassess the legal tools at their disposal, including plea bargain agreements and whistleblower protections. Meanwhile, compliance departments have started to sprout all over the private sector.

The broader implications of Odebrecht’s malfeasance are hard to overstate. The scandal virtually paralyzed infrastructure projects from north to south, bankrupting suppliers and small vendors in its wake. It took years for major projects such as Colombia’s 4G highway network to again find private sector financing. For Odebrecht itself, the result was the largest ever bankruptcy in Latin America – which upended the lives of hundreds of thousands of people who saw their jobs evaporate, just like the company’s reputation. 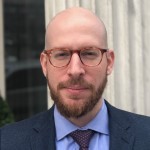 Roberto Simon was the politics editor for Americas Quarterly and the senior director for policy and head of the Anti-Corruption Working Group at Americas Society/Council of the Americas.


Tags: 2010s, Marcelo Odebrecht
Like what you've read? Subscribe to AQ for more.
Any opinions expressed in this piece do not necessarily reflect those of Americas Quarterly or its publishers.