First, that he would abandon the paradigm of free markets and democratic transition that began to take shape in the country in the 1980s. And second, that he would have little problem implementing his policy agenda, as he had been able to do as mayor of Mexico City.

After nearly 12 months in office, AMLO’s distaste for liberal economics and the institutional trappings of democracy has been largely borne out. But surprisingly, he has achieved very little progress in pushing his agenda, and has even failed to appease many supporters. Rather than advance by pursuing a carefully crafted strategy, López Obrador continues to open ever more fronts on both domestic and international issues. Security, energy and the offer of political asylum to Bolivia’s deposed former President Evo Morales are just the latest examples. By now it is clear that López Obrador’s presidency will be tumultuous, to say the least.

There is an internal dichotomy in AMLO that has been apparent since his days as mayor. The AMLO who is committed to a regressive agenda coexists alongside a more responsible self, one who will not kill the hen that lays the golden eggs (as seen in his push to secure a new NAFTA deal).

But where AMLO has been a surprise is the actual conduct of his government. He essentially took over the country the day he won the election and has kept a relentless pace ever since. He holds a daily press conference that informs little and mostly serves to speak to his base. Instead of the practicable plan for government he stuck to in Mexico City, as president AMLO has continued to act as a candidate: dogmatic, unapproachable and lacking a plan beyond concentrating power in his own person.

Hardly a day goes by in which López Obrador does not launch an attack on something or someone (the media, the armed forces, the rating agencies, business, opinion leaders, institutions), in the process alienating ever more figures who could otherwise have played a role in supporting his agenda.

The political benefits of his actions may be clear, but the tangible result has been a lack of private investment (which began in 2016 with Trump’s election and continued once AMLO’s successful bid to the presidency became apparent) and an economy inching towards recession. On top of this, the president’s new approach to security (labeled “hugs, not bullets”) has shown serious limitations in at least two recent cases (Culiacán and the murder of the LeBron family). For the first time since he won the presidency, AMLO’s approval has begun to erode: while still high, above the 53% he enjoyed in July 2018, it no longer looks so immovable.

Back to the past

The paradigm shift that Mexico began to undergo in the 1980s, from a government-centered political and economic system to an open trading and democratic regime, was not supported by all the players in that system. Many laggards, particularly on the left of the then-ruling PRI party, rejected liberalizing moves first promoted by former President Miguel de la Madrid (1982-1988), on the grounds that they would put Mexico’s nationalist-revolutionary tradition at risk. Much of that contingent abandoned the PRI in 1987, when Carlos Salinas’ candidacy was announced, and went on to join forces with the Mexican Socialist Party (PSM) to create the Party of the Democratic Revolution (PRD) in 1989.

Over time, the two contingents inside the PRD proved incompatible, largely because the former kept on looking through the rear-view mirror, while the traditional left that comprised the core of the former PSM evolved in the direction of a modern social democratic party. López Obrador represents the old leftist wing of the PRI that split away from PRD in 2011 and became Morena, the movement that made it possible for him to win the presidency in 2018.

Critics rightly point out that the paradigm of free markets and democratic politics never truly materialized. While Mexico did privatize hundreds of companies, deregulated many sectors of the economy and liberalized imports and exports, not all sectors were liberalized and some big players in the economy (notably PEMEX and CFE) retained enormous sway in key decision-making processes. Even today, competition in several sectors of the economy remains limited, thus diminishing the potential benefits that a truly open market economic regime could have brought about.

Similarly, political competition remains tightly controlled, and access by wholly new actors is virtually impossible. Despite an extremely professional, competent and proven electoral authority, the left (first the PRD and more recently Morena) has refused to legitimize the system in general. Despite having won the election (and so overwhelmingly), AMLO and his allies act as if some imagined powers that be had finally relented and granted them victory, and not as if they won an open, legitimate and democratic contest.

This inability to recognize that it’s time to govern has been costly. López Obrador has frozen new energy auctions, decapitated most of the (theoretically autonomous) regulatory agencies, allocated contracts of all sorts without transparency, subordinated the legislature and the judiciary, cut successful and popular programs such as a network of privately-organized children’s day care centers, and shifted major components of the budget to fund pet projects (like pensions for the elderly and unemployed youngsters), whose true aim is to create and nurture an electoral clientele for himself. The one thing he has not attacked – in fact, he has been a key factor in advancing it – is the new NAFTA.

Rather than recognizing the need to rethink some of his policies or, at the very least, a better way to advance them, López Obrador keeps relentlessly down his chosen path. He knows he can count on a legal framework that has been deeply reformed to grant the government vast discretionary powers to jail bureaucrats, businessmen and labor representatives, without realizing that the flip side of that coin is that such powers constitute an absolute disincentive to cooperate, invest or save.

Thus, a solitary president pushes on. Where to? That’s the key question: Will AMLO move ahead regardless of the consequences, with the risk of provoking a crisis? Or, once (not if) he runs up against a wall, will he realize the risks he’s running and, finally, start looking for ways to advance more assuredly?

Sometime in 2020, Mexicans, and the world, are likely to know how far AMLO is willing to push. 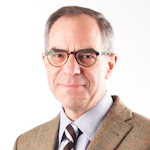 Rubio is chairman of the Mexican Council on Foreign Relations. He writes a weekly column in newspaper Reforma, and is the author and editor of dozens of books. His most recent book, Unmasked: López Obrador and The End of Make-Believe, will be published on July 23rd by the Wilson Center.