The wave of turmoil and change that has swept Latin American governments in the second half of the decade has given rise to a new class of commentary. At its forefront are comedians, artists and journalists using humor to shape the political conversation and hold the powerful to account. Some take on governments from the left, and others from the right, but together these creative minds shed an important light on policies and government decisions.

Argentina’s Malena Pichot, a pioneering stand-up comic and writer, has used her platform to advocate for women’s rights at a time when the country’s feminist movement is gaining steam. Pichot, 37, said she’s not out to convince anyone on politics, but, like others on our list, isn’t afraid of picking a side.

Our Top 5 satirists’ mix of humor, news and analysis has resonated with many viewers in the region, as the success of Colombia’s La Pulla and Brazil’s Greg News can attest. María Paulina Baena, one of La Pulla‘s original hosts, said she looks to share a point of view while channeling Colombians’ anger. Gregório Duvivier, the host of HBO’s John Oliver-inspired Greg News, said he was drawn to political satire as his native Brazil was becoming polarized. In his weekly show, Duvivier combines his various talents — writing, acting, comedy, poetry — to call out figures who he sees as a danger to Brazil.

Finally, cartoonist Pedro X. Molina, the winner of the 2019 Maria Moors Cabot Award for Journalism, has found an international audience for the charicatures he used to “make a point.” Molina fled his native Nicaragua as fellow journalists were being imprisoned and even killed, but his voice — or, rather, his pen — has not been silenced. 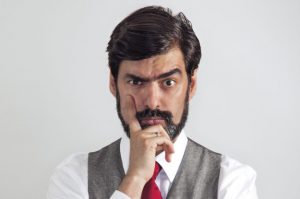 A comedian using laughter to help his fellow Venezuelans get through the crisis. 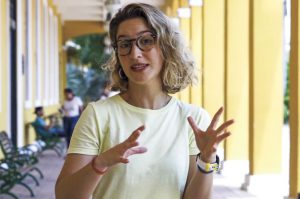 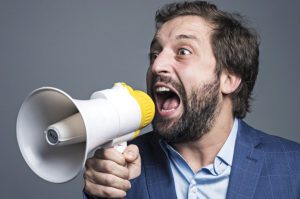 “Brazil’s John Oliver” isn’t afraid to take a side. 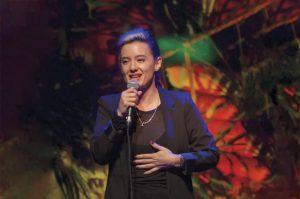 An Argentine trailblazer using comedy to fight for women’s rights. 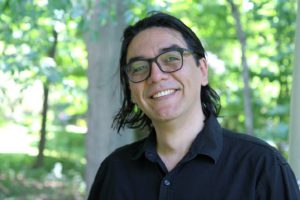 An exiled cartoonist using his art to expose government abuses in Nicaragua.
Like what you've read? Subscribe to AQ for more.
Any opinions expressed in this piece do not necessarily reflect those of Americas Quarterly or its publishers.