This article is adapted from AQ’s print issue on transparency and the 2018 elections.

Quechua for “when the blood is boiling,” Takanakuy is an annual fighting festival in the remote Andean village of Santo Tomás, in Chumbivilcas, Peru. In this Christmastime tradition, community members settle the year’s conflicts – from property disputes to family quarrels – through hand-to-hand combat. The practice is thought to have its origins in the colonial period, and is deeply imbued with code and ritual; it is both a space to resolve questions of honor, and a chance to show off physical strength in front of the community. 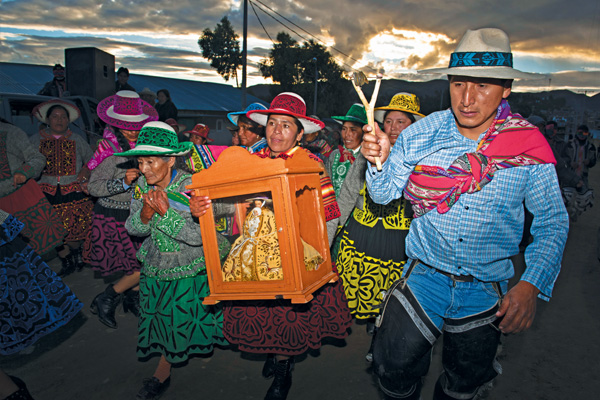 Each year, community members are selected as cargudos, responsible for organizing a series of dances, parades and ceremonies connected to Takanakuy. The festivities include a procession to honor baby Jesus. 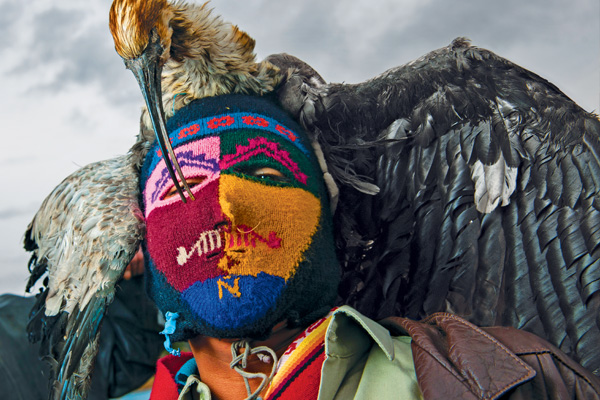 An element of surprise: Participants hide their faces with elaborate masks and even alter their voices so as not to be recognized before the fight begins. 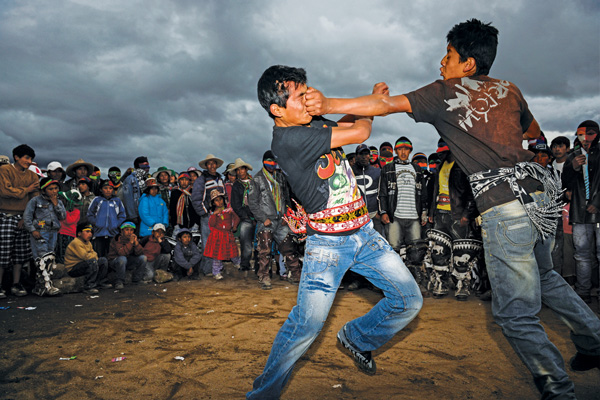 For many young men from around Santo Tomás, Takanakuy is viewed as an opportunity to prove their courage. Champions earn honorary titles that stay with them in later years. 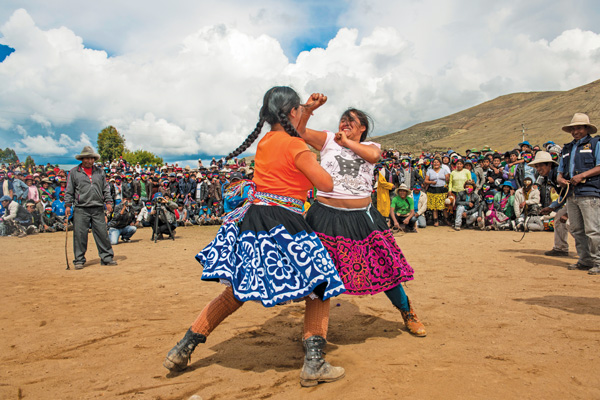 Children and women increasingly participate in Takanakuy, although some disapproving traditionalists believe only men should be allowed to fight. 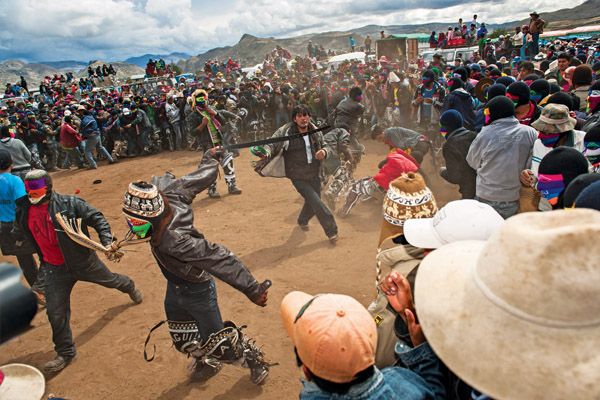 The fighting occurs in an open space. Referees use a whip to maintain the ring of spectators, which often tightens as the fight intensifies. 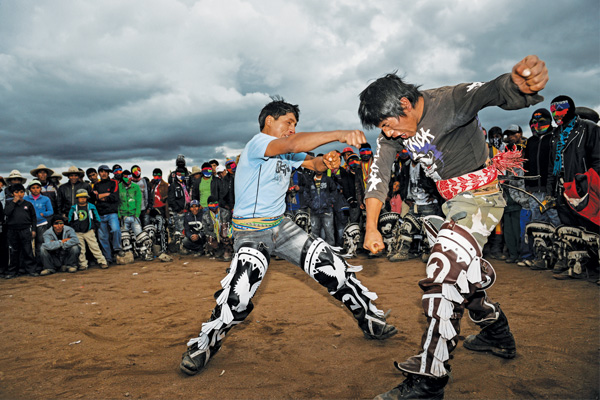 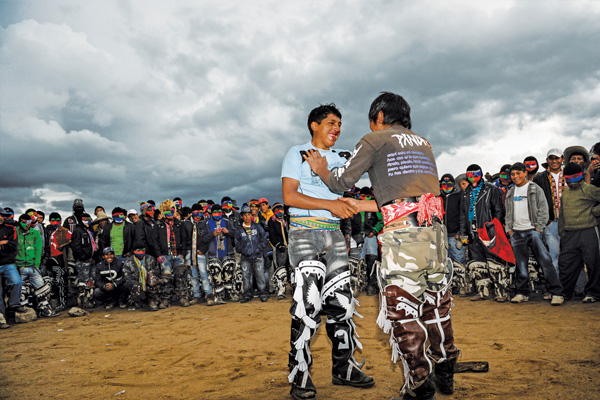 The fight ends when one person is on the ground, although the referee can stop the action earlier if necessary. Takanakuy always ends with a handshake and, sometimes, a smile.