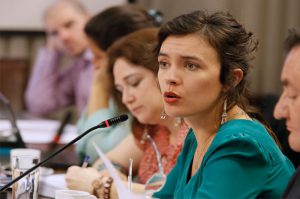 How Former Protesters Are Leading the Next Generation of Chilean Politics

As student leaders in 2011, they mobilized some of the largest protests Chile had ever seen. They frustrated authorities, inspired millions of young people and earned a fair share of international attention. In 2013, before the age of 30, they were elected to Congress in a national election that many considered proof of the Chilean … Read more