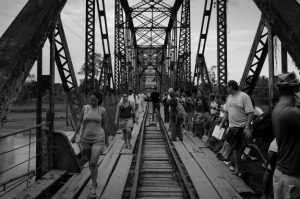 In July 2014, at the peak of the Central American migration crisis in the U.S., officials in Mexico announced a plan to stem the tide of illegal entries on the country’s porous southern border with Guatemala. Dubbed Programa Frontera Sur, the new policy was partly responsible for a dramatic drop in the number of unaccompanied minors arriving … Read more Central American Refugees Turn South as U.S. and Mexico Tighten Borders

Rodrigo Londoño Echeverria, known as Timochenko, became the third Revolutionary Armed Forces of Colombia (FARC) commander in as many years after the Colombian military killed Alfonso Cano in November 2011.  Timochenko has inherited a very different organization than that commanded by his predecessors.  Only a little more than 10 years ago the FARC—Latin America’s oldest … Read more The FARC’s New Boss