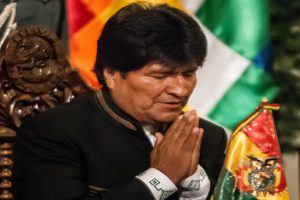 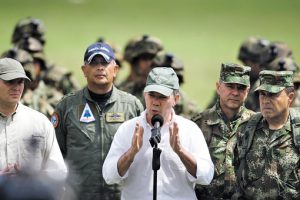 A Skeptic’s View on the “Peace Dividend”

On July 20, 2010, President Juan Manuel Santos promised the 9 million voters who had just elected him to his first term that he would build on the foundation created “by a giant, our President Álvaro Uribe.”1 He declared that Colombia could now look to the future with hope, thanks to the multiple successes that … Read more A Skeptic’s View on the “Peace Dividend” 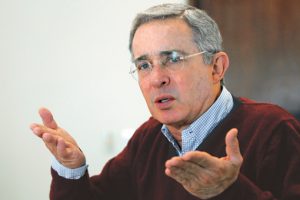 On May 25, 32 million Colombians will vote in one of the most important presidential elections in the nation’s recent history—an election that will turn on the issue that remains Colombia’s greatest challenge: putting an end to the armed conflict. But the significance of this issue contrasts with the apathetic response of the majority of … Read more Elections in Colombia

Set to complete his first year in office on August 7, Colombian President Juan Manuel Santos takes a moment to discuss with AQ how the U.S. debt ceiling negotiations have adversely affected Latin America and why passage of the pending U.S.-Colombia free-trade agreement is “in the interest of the U.S.” An expanded version of this … Read more [i]AQ[/i] Interview: President Juan Manuel Santos on the Economy and U.S.-Colombia FTA

The Path Ahead for Colombia’s President-Elect

Even before he starts his presidential term in August, Colombia’s president-elect, Juan Manuel Santos, has already broken records. A scion of Colombia’s establishment, Santos pulled in just over 9 million votes, winning 69 percent of the vote against the 27 percent secured by his rival, Antanus Mockus. Santos’ victory is the highest percentage of votes … Read more The Path Ahead for Colombia’s President-Elect

Colombian Congress Clears a Hurdle for Uribe’s Reelection: But Will He Run?

Earlier this week, Colombian lawmakers overwhelmingly approved a controversial referendum bill that paves the way for President Álvaro Uribe to seek a third consecutive term in office. The referendum would ask voters to decide on a constitutional amendment to allow presidents to run for a third term. But obstacles still remain. The proposal still has … Read more Colombian Congress Clears a Hurdle for Uribe’s Reelection: But Will He Run?