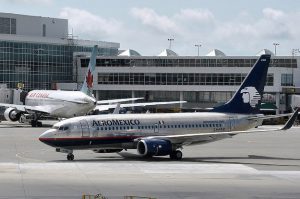 How a New Airport Could ‘Transform the Future’ of Mexico

Leer en español. Mexico City is stuck. Already overcrowded and sinking, the Mexican capital was named earlier this year as the most traffic-congested city in the world. This dubious distinction isn’t surprising, considering that the number of registered cars in the metro area almost doubled from 2005 to 2013. Smog has gotten so bad that authorities implemented … Read more