SÃO PAULO – Jair Bolsonaro had a bad Sunday. Despite his strong popularity in national polls, he was unable to transfer this capital to his preferred candidates as Brazilian cities – all 5,568 of them – elected new mayors and city council representatives. To the contrary, Bolsonaro’s support proved toxic in several cases. His picks in São Paulo, the Amazon city of Manaus, and in Belo Horizonte, Brazil’s third city, were badly defeated. Only in Rio de Janeiro, Bolsonaro’s electoral hub, did his candidate, the incumbent mayor and evangelical pastor Marcelo Crivella, manage to reach the Nov. 29 runoff – but it is very unlikely he will win.

Not even Bolsonaro’s name seemed to be a good marketing strategy. Nationwide, there were 78 candidates who used the name “Bolsonaro” on the ballot, thanks to electoral rules that allow for the use of nicknames next to the candidate’s real name. Only one Bolsonaro was elected though: the actual son of the president, Carlos Bolsonaro. Even his electoral performance was considerably weaker than four years ago. In 2016, Carlos Bolsonaro had 106,657 votes for Rio’s City Council, and was the first on the list. In 2020, he got 35,000 votes less.

To be fair, President Bolsonaro seemed reluctant to openly campaign in these elections, mainly expressing unenthusiastic support for his candidates during his weekly live sessions on Facebook. To some, he seemed disengaged. A president without a political party of his own, his behavior seemed to reflect a certain disdain for party politics and, perhaps, over-confidence in his own personal charisma. Bolsonaro’s political career suggests he feels comfortable only among his own family and a close circle of advisers and lacks the discipline and willpower to build a broader political party that could more effectively advance his agenda.

What does the result really mean though? The old maxim is that Brazilian elections are decided by local factors, with mayors and governors who have a base of their own and regional dynamics often totally separate from what happens in Brasilia. But it seems fair to say these elections carried several warning signs for Bolsonaro: If his strategy for a second term in the 2022 presidential elections is built around his personal political capital, and network of supporters on WhatsApp, it might be time for a rethink. These elections affirmed a certain comeback for Brazil’s traditional political parties, following the atypical vote of 2018 in which Bolsonaro broke all the major rules, including the need for a strong political coalition.

For the political parties on the right-wing side of the aisle, in particular, the rule of the day was continuity – surprising, perhaps, given the COVID-19 pandemic and associated recession that have shaken the country in 2020. 63% of the candidates that ran for reelection succeeded, the highest rate since 2008. One possible explanation is a sense among the electorate that it’s better to be safe than sorry. In these mayoral elections, experience in public administration, in particular in handling the pandemic, might have counted more than ideological disruption and candidates who deny science. At the municipal level, ideology might matter less than a given candidate’s proven record in dealing with concrete issues like garbage collection, school deficits and hospital shortages.

The main winners were center and right-wing political parties which are well-known in Brazilian politics. The MDB, the center-right political party of former president Michel Temer, ended up with 774 mayors elected, the highest number in this year’s elections. Even so, MDB also lost the highest numbers of mayoral positions, 261 city halls less, in comparison with 2016.

So who gained? Generally, the victors were from traditional right-wing parties outside Bolsonaro’s direct influence. The DEM, the right-wing party of the president of the House of Deputies and Bolsonaro’s rival, Rodrigo Maia, managed to elect 459 mayors – up from just 193 in 2016. Only time will tell whether these center and right-wing traditional parties will support Bolsonaro in 2022, as they generally did in the previous election – or whether they will find a candidate of their own.

On the left, the situation is different. Brazil’s largest left-wing party, the Labor Party (PT) of former president Luiz Inácio Lula da Silva, underperformed in major cities for the second straight municipal election. The PT lost 75 cities, electing 179 mayors. In São Paulo and Rio de Janeiro, the PT did not manage to reach the second round. Yet, it would be reckless to consider this the PT’s death. The party did manage to maintain roughly the same level of city council members, it has candidates in most of the runoffs throughout the country, counts with a solid party structure – and Lula, of course, still retains considerable support nationally.

The new kid on the block on the left is the PSOL, a socialist leftist party which enjoyed impressive electoral outcomes. The party’s star, Guilherme Boulos, a 38-year-old social activist, will dispute the runoff for São Paulo’s mayor with incumbent Bruno Covas. Additionally, the PSOL managed to triple its number of city council members in the city of São Paulo, while electing a bunch of new Black and LGBT city council members throughout the country. 25 trans people were elected in Brazil last Sunday, according to trans rights activists. It is a historical and heartwarming news in a historically murderous country for LGBT people in general, and trans people in particular.

This year’s election was the first after the nation’s highest electoral court ordered political parties to fund Black candidacies proportionally to the number of Black candidates, in order to tackle systematic racial inequality in access to electoral funds. While the numbers still require a careful look, several black candidates were elected throughout the country, including Monica Benicio, the widow of Marielle Franco, a city council woman assassinated brutally in 2018, a murder still under investigation. This year’s local elections in Brazil showed, at least in relation to racial and LGBT representation, a wind of change, which I hope will endure.

In sum, Brazil’s local 2020 elections showed a weakened president, a shaken PT, a rising new left and strong right-wing political parties. What will ultimately come out of this complex mix remains to be seen.

Amparo is a lawyer and professor at Fundação Getúlio Vargas Law School in São Paulo, Brazil. 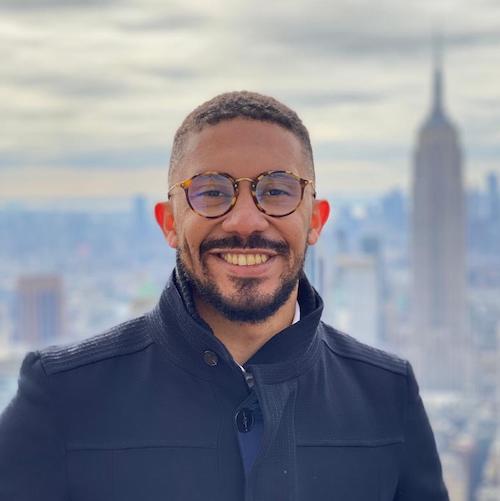 Amparo is a lawyer and professor at Fundação Getúlio Vargas Law School in São Paulo, Brazil

Tags: Bolsonaro, Brazil, Elections, Mayor elections
Like what you've read? Subscribe to AQ for more.
Any opinions expressed in this piece do not necessarily reflect those of Americas Quarterly or its publishers.