There is no magic bullet for curing Venezuela’s hyperinflation. Although over the past several years Nicolás Maduro has flirted with the introduction of virtual currencies, slashed zeroes from mind-blowing values, and implemented half-baked currency reforms, none of these attempts have even remotely solved the problem. Venezuela’s prices have continued to triple on a monthly basis, making it the most severe hyperinflation to ever affect Latin America.

Given Maduro’s incompetence, and the Venezuelan public’s total loss of faith in his ability to administer the economy, it seems highly unlikely that he will ever solve the problem. But once Maduro leaves office, whenever that day comes, there is a roadmap that accounts for the unique technical and psychological challenges presented by hyperinflation: Brazil’s successful experience nearly a quarter of a century ago.

Hyperinflation, generally defined by prices that rise more than 500% annually, are rare: There have only been about 15 cases since the beginning of the 20th century. Because they are rare, they are also very difficult to study properly. Some hyperinflations are the result of war, such as Germany’s during the Weimar Republic; some are the result of printing money to finance debt payments or to cover fiscal deficits; some are the product of both deficit and/or debt financing through money creation and the complete erosion of trust in the value of a country’s currency. That erosion of trust is endogenous – it comes about because the government is engaged in policies that destroy the value of the currency.

How does a government destroy the value of its own currency? Since fiat money is not worth anything on its own, i.e. it is not like gold minted coins, people will accept paper money only when they trust the government’s capacity to reimburse them in the form of being able to purchase goods and services.  When the government runs policies that are not consistent with sustaining the values printed on bank notes, credibility will be eroded and inflation expectations will begin to rise. If the government keeps debasing the currency, at some point people will try to get rid of it by converting bank notes into whatever they can – goods or currencies issued by other countries. That is the situation afflicting Venezuela.

Stopping a hyperinflation is not simple. It requires institutional and political stability, which Venezuela currently does not have. Because dollars have now partly replaced the bolívar as Venezuelans’ currency of choice – when and if they are able to receive them – creating a new currency to replace the beleaguered one will be very hard. For this reason, some countries that have battled hyperinflations have chosen to fully dollarize their economies once political and institutional stability had been stored. This is what Zimbabwe did after a severe bout of hyperinflation in 2008.

Full dollarization, however, has its drawbacks. When a country gives up its own currency to use the dollar, it forgoes the ability to conduct monetary policy, which can be a very important economic stabilization tool in the future. When a country has fully dollarized, it becomes subject to the whims of the Fed – if the U.S. central bank raises interest rates, monetary conditions will be tightened both in the United States and in the country that has decided to dollarize. If that country is facing a recession, it would have been better served by loose, not tight, monetary policy. Additionally, dollarized countries do not have control over their exchange rates because they no longer have their own currencies. Therefore, if they would like to devalue to boost their exports, they are unable to do so. Think of Greece in 2010 when it was unable to let its currency go to respond to the crisis it was facing because it no longer had control.

To avoid the pitfalls of full dollarization, Venezuela may have other options. And this is where Brazil’s experience in 1994 may prove instructive.

Brazil at the time had been dealing with two decades of very high inflation, peaking in 1993 at around 2,500%. For the same reasons outlined above, Brazil decided it would not dollarize. Instead, it chose to reform its monetary system in a very broad and ingenious way – an initiative known as the Plano Real, or the “Real Plan.”

First, Brazil needed to find a solution to runaway fiscal deficits. Because the country had been struggling with hyperinflation for so long, politicians were amenable to approving deep fiscal reforms that would put an end to years of money printing to finance debts and deficits – this was phase one of the Real Plan.

Phase two – and this is where things get a bit complex – was the creation of a virtual currency dubbed the URV, or “unidade real de valor” (“real unit of value”). The URV was not an actual bank note, but a unit of account: From the time of its creation, all prices in stores, supermarkets and so on were required to list prices in URVs. However, since there were no actual URVs in circulation, people would pay for goods by converting URVs into their holdings of the previous currency – then the “cruzeiro real.” The rate of conversion of URVs into cruzeiros reais would change on a daily basis according to market forces.

The idea was that prices in URVs would remain relatively stable on a monthly basis while prices in cruzeiros reais were still rising. It was a kind of transitionary tool that recognized hyperinflation was just as much a behavioral problem as an economic one, and therefore it could not be stopped overnight. Fernando Henrique Cardoso, the finance minister who oversaw the design of the Real Plan and later became president, later called the URV a “sleight of hand… The public had to see that prices were leveling out over time before they would believe in any new currency.” Indeed, as time went by, people became accustomed to the idea that hyperinflation was a “cruzeiro real problem” but not a URV problem – fiscal conditions had been set to guarantee the stability of prices in URV and there was no more irresponsible printing of money.

Once enough confidence in the URV had been established, phase three of the Real Plan went into effect: the cruzeiro real was extinguished, and the URV became the real, which is Brazil’s currency to this day. The ingenuity of the Real Plan was to combine deep reforms to fiscal and monetary policies with an understanding of behavioral factors influencing trust in a given currency – at first the URV, a virtual currency at a time when virtual currencies were practically unheard of. The plan was a success, as inflation fell from monthly rates of 45% in March and April 1994 to just 2% in July, the month the real was launched. Inflation in Brazil has been mostly in single digits ever since.

Could it be replicated in Venezuela? Possibly. To do so would require substantial international assistance in rebuilding institutions such as the Treasury and the Central Bank, as well as balance of payments support through external financing. Once these conditions are met and political stability has been minimally established – Brazil was far from politically stable in the mid-1990s – something like the Real Plan could perhaps address Venezuela’s problems. Granted, we are still a long way from seeing when Nicolás Maduro will fall, let alone when Venezuelan institutions will be restored. That, however, is not to say that Venezuela won’t remain a challenging and fascinating case for macroeconomists the world over, especially for those in Latin America who still remember what it was like to carry no cash – lest inflation erode everything you carried in your wallet. 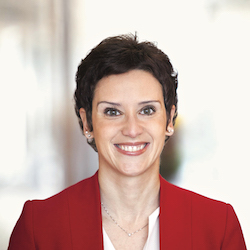 Tags: Brazil, inflation, Maduro, Real Plan, Venezuela
Like what you've read? Subscribe to AQ for more.
Any opinions expressed in this piece do not necessarily reflect those of Americas Quarterly or its publishers.