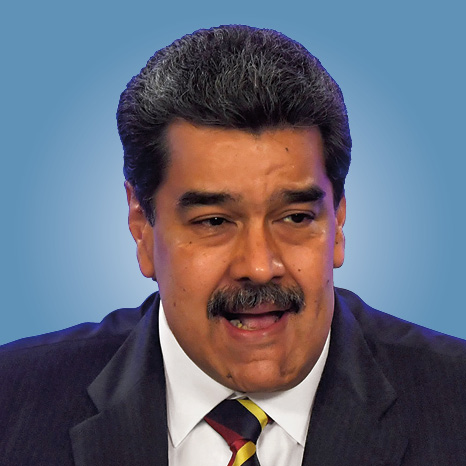 Maduro has consolidated power and repressed critics throughout his years in office, leading more than 6 million Venezuelans to flee the country’s dire humanitarian and security situation. Maduro’s party won key governorships in November 2021’s regional elections, which were widely considered neither free nor fair. Talks between the government and the fractured opposition in Mexico City last September were suspended. Inflation remains high, but a years-long run of hyper-inflation ended in early 2022. High oil prices, an increase in crude oil production, and dollarization have contributed to an economic rebound after a 35% decline in GDP in 2019, according to the IMF. The Maduro government has promoted mining in Venezuela’s Amazon, contributing to environmental degradation and violence in mining areas. Conflict is common along the Venezuela-Colombia border, where demobilized Colombian guerrillas and organized criminal groups fight to control territory.

*NOTE: Support for democracy reflects percentage who agree that democracy is preferable to any other form of government.

Sweigart is an editor at Americas Quarterly and a policy manager at the Americas Society/Council of the Americas.

Tags: Nicolas Maduro, Venezuela
Like what you've read? Subscribe to AQ for more.
Any opinions expressed in this piece do not necessarily reflect those of Americas Quarterly or its publishers.
Sign up for our free newsletter