When 4,000 foreign visitors, top bankers, and member heads of state of the Inter-American Development Bank (IDB) descend on Medellín next week for the bank’s annual meeting and 50th anniversary, they will encounter a city very different to the one it was two decades ago.

Medellín, Colombia’s second city and industrial hub, has transformed in recent years. From a city with the highest murder rate in the world in 1991 (a staggering 381 per 100,000 inhabitants) and once home to the world’s most powerful drug cartel headed by Pablo Escobar, Medellín has now become a leading example of urban regeneration in Latin America and a model for other cities in the region to follow.

Medellín’s makeover started with the then-mayor Sergio Fajardo five years ago. Fajardo, a mathematician and currently a presidential candidate, made a commitment to improve the lives of the city’s poor through a series of bold infrastructure projects and public works programs. He believes architecture is a tool that can bring about social transformation by bridging the gap between rich and poor.Fajardo’s signature idea is that provoking and cutting-edge architecture constructed by renowned architects gives people dignity and fosters respect, community sprit and civic pride. Moreover, architecture can build hope.

The results over a short space of time are impressive. Dotted across the city’s marginalized and once ignored slum areas are state-of-the art public libraries, landscaped parks, new schools, and kindergartens. Perhaps the most eye-catching improvement is the city’s much prized and acclaimed cable car transport system—MetroCable. The cable car, which resembles those used in alpine skiing resorts, ferries people living in poor neighborhoods lying on the mountain slopes to the city center. Garbage dumps have been transformed into thriving community centers and once abandoned public squares are filled with fountains and sculptures.

Medellín is also home to EPM, the country’s leading public utilities company owned by the local municipality. In tune with the progressive and visionary vibe felt today in Medellín, EPM has come up with a simple, yet effective, way to encourage poor customers to pay for their gas and electricity bills. EPM realized that to get low-income households to pay their utility bills, the company would have to adapt to the paying culture and patterns of marginalized neighborhoods. That means understanding that poor customers live precariously day by day and don’t have the means to pay a hefty utility bill at the end of each month. Instead of sending monthly bills, EPM allows its poor customers to pay as they go and top up their credit.Customers can pay via a slot telephone or place coins into a meter whenever they like. “It’s not that the poor are bad payers. They can pay, but just not in a lump sum at the end of the month, so we’ve adapted our billing systems to accommodate their spending patterns,” explained EPM’s General Manager, Federico Restrepo. In such a way, EPM has been able to attract thousands of new customers from low-income neighborhoods.

It’s initiatives like this and the city’s emphasis on urban renewal that is placing Medellín in the spotlight. The IDB assembly is being billed as the most important event taking place in Medellín for decades and an ideal opportunity for the city, and Colombia, to showcase its positive and progressive side. It’s hard to see visitors coming away disappointed. 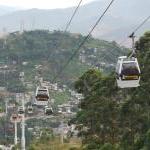 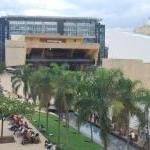 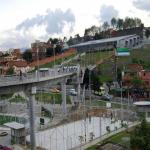 Anastasia Moloney is a contributing blogger to americasquarterly.org. She is a freelance journalist based in Bogotá, Colombia.

Anastasia Moloney is a freelance journalist based in Bogotá, a contributor to Financial Times and a contributing editor at the Washington, DC-based website World Politics Review.