Among the many crises competing for international attention, the ethno-territorial conflict plaguing the Afro-Colombian population on Colombia’s Pacific Coast is barely making headlines. Afro-Colombians have been systematically displaced from their communities, often violently, at the hands of guerillas and neo-paramilitary groups since the mid-1990s. Yet few Colombians, let alone foreigners, are paying attention.

This comes despite the de-escalation of Colombia’s three decade-long drug war. Still today armed militias are active and using terror tactics to expel Afro-Colombians from their ancestral territory. The reason is that the land is so valuable. It is considered among the richest in the world in terms of natural, exploitable resources, including oil, timber and minerals. Groups like the Fuerzas Armadas Revolucionarias de Colombia (FARC) and Ejército de Liberación Nacional (ELN), which can no longer generate enough income from drug trafficking and kidnapping, are turning to mining, both legal and illegal, along the Pacific Coast to finance weapons sales, according to President Juan Manuel Santos. With gold at near record levels, neo-paramilitary groups appear to be cashing in on this business as well.

The socioeconomic condition of the Afro-Colombian community, estimated between 4 million and 10 million strong, and a lack of political representation help to explain why this population is vulnerable to internal displacement. In fact, 78.5 percent of Afro-Colombians live below the poverty line compared to 49.2 percent of the general population, and only one out of every 50 completes a university education. Afro-Colombian representatives only hold two seats in the national chamber and none in the Senate, adding to the challenge of getting issues of inequality, exclusion and the more pressing displacement epidemic on the national agenda. 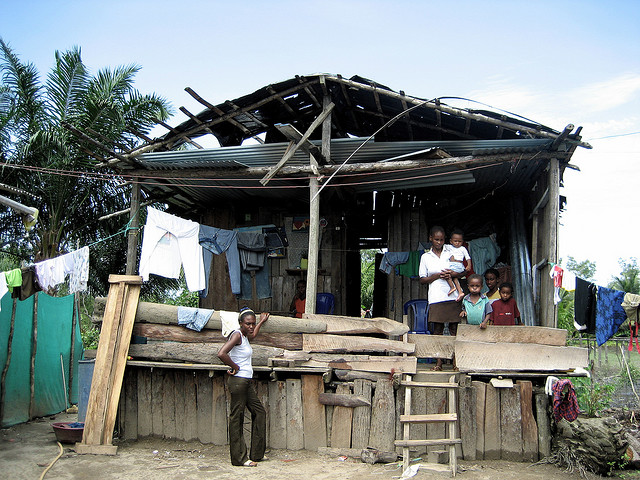 The numbers illustrate the gravity of the situation. As of 2009, more than 288,000 self-identified Afro-Colombians have been forcibly displaced, with about one third of this displacement occurring between 2008 and 2009, according to a 2010 report by Asociación Nacional de Afrocolombianos Desplazados (AFRODES) and Global Rights. The actual number of displaced is likely to be much higher. The causes of displacement range from threats of physical harm (37 percent) and murder of individuals (21 percent) or groups (12 percent), to disappearance (2 percent) and exposure to combat (11 percent).

These acts of violence extend to political leaders and community organizers who speak out against displacement and otherwise try to draw attention to the conflict, further silencing pleas for national attention. Since the start of the ethno-territorial conflict in 1993, 47 prominent community organizers have been brutally assassinated. The bottom line is that many of the Afro-Colombians migrating to cities like Bogotá or Medellin are leaving traditional territories against their will.

Integration presents more challenges, especially for the half of the displaced Afro-Colombian population that is below the age of 24. Young people who are uprooted from their communities and migrate to urban centers leave one crisis for another: youth unemployment. Only 24 percent of Colombians aged 15-24 are part of the formal labor market. The unemployment rate is even higher among displaced Afro-Colombians given lower education attainment rates, and less quantifiable barriers like racial discrimination in the hiring process and the lack of familial or community safety nets.

The unfortunate reality is that few voices are attracting attention to the issue of race. Perhaps the loudest is Latin Grammy-winning Afro-Colombian hip-hop trio Choquibtown (CQT) who attracted international attention last month by claiming that Colombia is an institutionally racist country. The group specifically highlighted the lack of black representation in the Colombian mainstream, ranging from politics to telenovelas, and their assessment of Colombia meshes with that of AFRODES and other Afro-Colombian-focused organizations.

But during a recent trip to Bogotá, I asked some of my Colombian friends and colleagues—coming primarily from socially progressive NGOs and the U.S. government and none of whom are Afro-Colombian—about the racial dynamics in Colombia, and was told that Colombia is a not racially conflicted country like some if its neighbors, namely Ecuador, Peru, Bolivia, and Brazil. Some went so far as to say that Colombia is a totally integrated, mestizo country and that its citizens don’t see race as divisive in, say, the way we do in the United States.

These two conflicting perceptions of the role of race in Colombia are puzzling. Jattan Mazzot Ilele, vice-president of AFRODES, believes that a negation of racial conflict is due to the government’s concerted effort over the past decade to market Colombia, domestically and abroad, as a post-racial, post-conflict society. Decreasing crime rates and increased integration of Afro-Colombians in metropolitan areas support this idea. The Colombian state has even committed to and signed several pieces of legislation that protect the ethno-territorial rights of the Afro-Colombian and indigenous populations, namely the ILO Convention 169 on Indigenous and Tribal Peoples and the International Convention on the Elimination of All Forms of Racial Discrimination. Former President Álvaro Uribe went as far as creating the Alta Consejería para la Reintegración in 2006, which pumps government funds into reintegration of displaced persons, but does little to protect those who are displaced in the first place.

Unfortunately these legislative measures remain mostly symbolic, as the government has failed to invest significant resources or funds in the protection of populations at-risk of displacement. The state will continue to deny crisis to maintain the semblance of a post-racial, post-conflict society, unless more voices like those of CQT draw attention to the human rights abuses being committed daily on the Pacific Coast. Unless more advocacy mechanisms are put into place, many Colombians will mistakenly believe that the days of armed conflict and terrorized civilians are behind them.

Richard André is an Associate of Policy at Americas Society and Council of the Americas and Associate Production Editor of Americas Quarterly.