It may not be as dramatic as “Mr. Smith goes to Washington,” but Hillary Clinton’s conference at the Montreal Board of Trade Leadership Series on Tuesday had all the trappings of someone on the move towards the big prize in Washington. Unlike Bill Clinton, Al Gore, Nicholas Sarkozy, Tony Blair, and Rudy Giuliani, who participated … Read more

If there is one election campaign that usually resonates across Canada outside of a national election, it is the one held in the province of Québec (a federated state). This has been the case since the 1960s when the modern age of Québec politics and the growing impact of television converged. A strong thrust for … Read more

The West and the Ukraine Test

The Sochi Games are over and Russian President Vladimir Putin is back to business as usual. The decision to use Russian troops following the Ukraine’s establishment of a new government is reminiscent of Cold War politics and Putin’s disregard for international law. In reaction, the Canadian government has already chosen to recall its ambassador to … Read more

Knights Templar and Vigilante Groups Clash in Apatzingan, Michoacán: Vigilante self-defense groups drove into the town of Apatzingan, Michoacán on Saturday, bolstered by support from local police and army personnel. The town, previously a command center for the Knights Templar drug cartel, has been caught in a bloody battle since the self-defense groups launched an … Read more 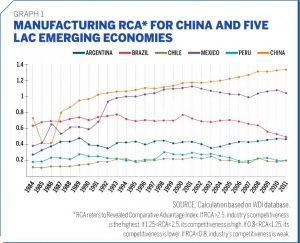 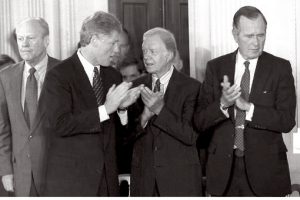 NAFTA @20: The Perils of Partisanship

Read NAFTA @20: Where We Go From Here by Ernesto Zedillo Ponce de León here. Read NAFTA @20: A Bitterweet Celebration by Carol Wise and Joshua Tuynman here. In his December 8, 1993, remarks at the signing of the North American Free Trade Agreement (NAFTA), then-U.S. President Bill Clinton observed that the treaty debate had … Read more 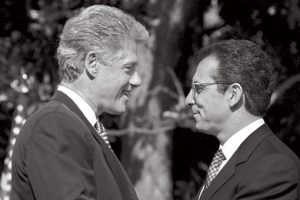 Read NAFTA @20: The Perils of Partisanship by Thomas F. McLarty III here. Read NAFTA @20: A Bitterweet Celebration by Carol Wise and Joshua Tuynman here. Has the North American Free Trade Agreement (NAFTA) fulfilled its promise? I believe it has. NAFTA was conceived first and foremost as an instrument to promote trade and investment … Read more

If there is one issue that has pitted the Canadian government against a U.S. administration in recent years, it has been the Keystone Pipeline XL project.  The project is meant to transport crude oil from the Alberta oil sands to the Gulf of Mexico.  Final approval of the trans-border pipeline rests with President Obama. It … Read more

State Of The Union: Is this Obama’s Last Hurrah?

The State of the Union (SOTU) address can be considered an institutionalized “bully pulpit” for the President of the United States. It is delivered yearly on the last Tuesday in January. As expected, the President forcefully made his case for new proposals to Congress before a primetime television audience.  President Obama’s speech was delivered in … Read more

Reforms to Mexico’s energy sector were signed into law late last year. The legislation proceeded rapidly from President Enrique Peña Nieto’s announcement of the reforms in August, to the negotiations among the major political parties during the fall, to voting in both houses of Congress, resulting in a majority of the 31 state legislatures changing … Read more 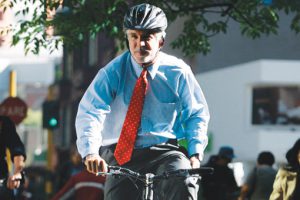 Read a sidebar on waste and recycling. Several of the region’s high-profile mayors who championed sustainability during their administrations have recently left—or will soon leave—office. This raises an important question: what will happen to the policies and programs they left behind? Incoming mayors have their own agendas and policy preferences, and sustainability initiatives—unlike crime or … Read more

In a recent blog, I described Canada’s new and emerging American economic challenge with our neighbor to the south as it was heading towards energy self-sufficiency with its consequent impact on the manufacturing sector of its economy. While Canada has increased its trade with new partners  in recent years and is actively pursuing new markets … Read more

Just recently, Canadian Prime Minister Stephen Harper came to Montreal’s Board of Trade to laud the benefits of the Canada-Europe Trade Agreement (CETA). Choosing Montreal was a recognition of the support provided by the city’s business leaders and the Québec government for the free trade accord. Sitting at the head table was a former Conservative … Read more

If 2013 saw a rebound in the Liberal brand nationally, how will 2014 fare for the ruling Conservatives on the federal scene? A year ago, the Conservative government, despite some good economic numbers, was facing a resurgent Liberal party in the midst of a leadership race with the emergence of the charismatic and likeable Justin … Read more