The 2012 Gay Year in Review: The Top-20 Stories from the Americas

In 2012 the Western Hemisphere continued to make headlines in terms of LGBT (lesbian, gay, bisexual, and transgender) rights. The courts in Colombia and Mexico and the Inter-American Court of Human Rights emerged as LGBT champions, while transgender rights advanced in Argentina and Canada. An openly lesbian woman entered the cabinet in Ecuador, and another … Read more The 2012 Gay Year in Review: The Top-20 Stories from the Americas 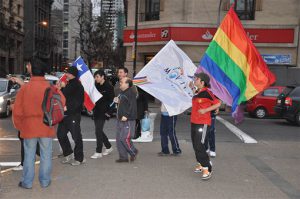 Marriage equality for same-sex couples is gaining new momentum in the United States. One month ago, President Obama announced that “same-sex couples should be able to get married.”  Meanwhile, major multinational corporations and top consumer brands are also coming out in favor of marriage equality. In February, Proposition 8, a voter referendum that reversed marriage … Read more Same-Sex Marriage in Chile

Gay Pride in the Amazon

Just days before the release last month of the United Nations’ first official report on gay rights the small Amazon town of Benjamin Constant also marked an important milestone—its first gay pride celebration. The Brazilian town, with over 30,000 people from multiple ethnic backgrounds, sits at the triple border with Colombia and Peru, overlooking the … Read more Gay Pride in the Amazon 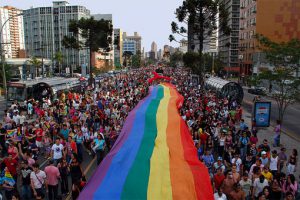 In a historic and unanimous ruling, the Brazilian Supreme Federal Tribunal declared on May 5 that people in “stable, enduring and public” same-sex relations must be granted the same rights as people in straight marriages.  The ruling does not exactly establish gay marriage in Brazil as it is in Canada, Argentina and Mexico City, but … Read more Brazil’s Recognition of Same-Sex Unions 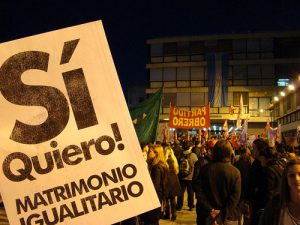 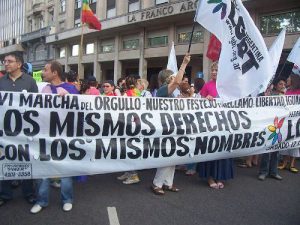 Argentina is the region’s first country to legalize gay marriage, but tolerance is not as high across countries. Here’s why. Joining South Africa, Canada and seven European countries, Argentina has now extended the full rights of marriage to gays and lesbians nationwide. The law, signed by President Cristina Fernández de Kirchner on July 21, 2010, means … Read more Latin America’s Support for Same-Sex Marriage