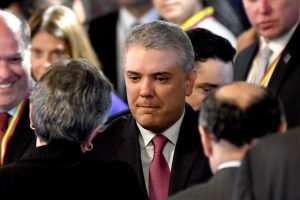 The Risks and Rewards of Duque’s Peace Deal Dispute

Colombia’s president has revived a polarizing debate over peace with the FARC. 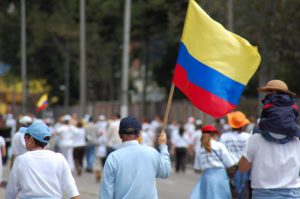 A Familiar Pattern of Violence Could Threaten Colombia’s Peace Process

Implementing peace was always going to be harder than negotiating it. But in the three months since Colombia’s Congress endorsed a deal to end more than 50 years of conflict with the Revolutionary Armed Forces of Colombia (FARC), the country’s fragile peace process has already been put to a chilling test.  Since Dec. 1 of … Read more A Familiar Pattern of Violence Could Threaten Colombia’s Peace Process 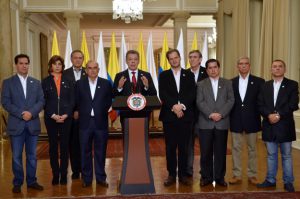 It was a shock result. But a reexamination of why Colombians voted “no” to a peace deal with the Revolutionary Armed Forces of Colombia (FARC) by a margin of just 54,000 votes on Sunday sheds some light on why almost all pundits got it wrong – and what might happen next. Here are six reasons … Read more Six Reasons Colombia Said “No” to FARC Peace Deal 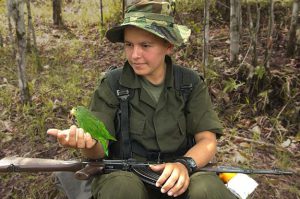 As Colombia Votes on Peace, Child Soldiers Struggle to Adapt

They may call themselves the “generation of peace,” but young Colombians are actually among those least likely to support their government’s recent peace agreement with FARC rebels, which will be put to a plebiscite vote on October 2. Part of the reason, observers say, is that many young Colombians have not experienced the conflict as … Read more As Colombia Votes on Peace, Child Soldiers Struggle to Adapt