With a few notable exceptions, such as Tania Bruguera, Cuban artists today tend to eschew overt social activism. Crossing certain red lines, like frontal attacks on the Castro family or the hegemonic Communist Party, can imperil artists’ livelihoods.

But these limitations do not preclude more subtle, metaphorical messaging, much of which was on display at this spring’s 13th Havana Biennial, which concluded on May 12. Not just a public show of the remarkable wealth of Cuban talent in the visual arts, this year’s Biennial was chock-full of paintings and sculptures that, in this author’s eyes, took aim at Cuban authority and society.

In two installations in official venues, Roberto Diago assembled rusting tin cans (“Resisting time”) and, separately, a mountain of cascading blackened wood boxes. Both of these vivid constructions suggested the island’s advanced political decay. Gabriel Cisneros’ rendition of a unicorn (“Elegy”) was shockingly emaciated, signaling spiritual and/or material deprivations, or perhaps the demise of cherished myths. And Roberto Fabelo’s upside-down turtle with a red human face (“In bad times smiling face”) was not hard to decode. 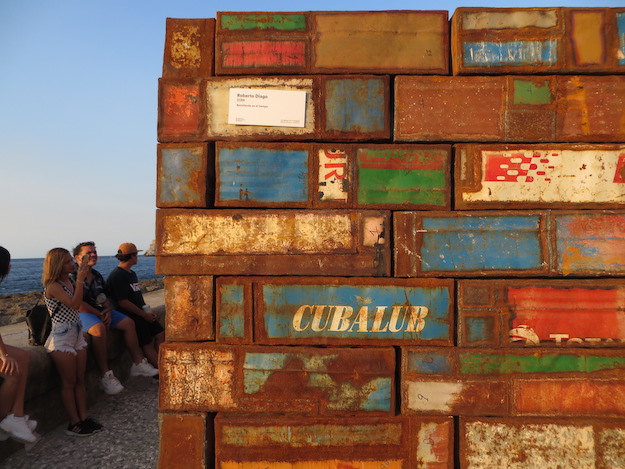 Two large privately curated spaces in converted factories pushed the limits of political dialogue. At “Studio 50” a shelf of re-named books depicted provocative titles such as “The Haitianization of Cuba” and “Hypocritical Morality as an Infallible Remedy.” At the Factory of Cuban Art (FAC) an ironically labelled exhibition, “This Is a Wonderful Country,” loudly questioned “the principal concepts behind the 13th Havana Biennial.” The photography referenced architectural decay, alienated youth and an outcast gay culture.

That does not mean the Biennial was free from political pressures. The sudden promulgation last year of Decree 349, requiring prior authorization for cultural events and performances, sent a chill through Cuba’s artistic circles. But the artists pushed back, signing a forceful public letter protesting new censorship. The post-Castro president, Miguel Diaz-Canel, retreated, placing the new decree in abeyance pending talks with the arts’ community.

Economic stress also took its toll on the event. With an eye toward international solidarity, Cuban biennials have tended to showcase worthy artists from developing countries as well as local talent. This year’s offerings of non-Cuban artists, however, fell short. In an essay in the official event catalogue, curators protested severe budget cuts: “While around the world, cities contribute thousands, millions of dollars to support their artistic events … here we count every penny.”

Indeed, as the Biennial exhibitions made evident, Cuban artists are well integrated into the global arts community. Top talents are represented by international galleries, and aspiring artists attend the world-renowned Institute for Advanced Studies of the Arts (ISA), often widening their horizons with graduate studies at leading cultural centers in Europe and Latin America.

In its eclectic subject matter, styles, materials, and technologies, Cuban art is fully abreast of global trends. Artists – way too diverse to fit neatly into “schools” – explore hot-button themes such as gender and authority, nostalgia and memory, the contextual relativity of sensory perceptions, the fragility of our environment, and the complex interactions between communications technologies and national cultures. To cite one outstanding example, emerging star Osy Milian juxtaposed two realistic portraits of women in their 20s: one, a Chinese woman, is dressed in a traditional cheongsam and peers confidently into the future; the other, a Western millennial adorned with globalization paraphernalia, stares out at the viewer with a red-hued anxiety. 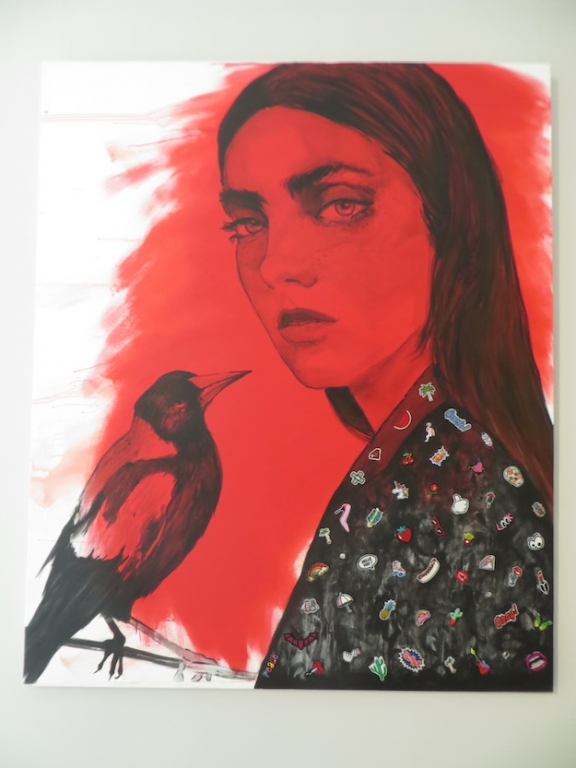 The U.S. is, not surprisingly, a common theme in Cuban art, and the Trump administration’s mounting hostility toward Cuba provided a threatening backdrop to this year’s Biennial. Whether intentionally or not, two of the Biennial’s major projects delivered powerful rejoinders to Donald Trump’s squeezing of Cuban society.

In a highly symbolic gesture, the freshly inaugurated Gran Hotel Manzana Kempinski hosted seven outstanding Cuban artists under the theme “New Radiance for the Capital.” While the luxury hotel is managed by the Kempinski chain, it is owned by the Cuban military and hence on the U.S. travel blacklist. The Swiss hotel group seemed to be betting that great art will outshine and outlast Washington’s current political alignment with Cuban exiles in South Florida.

Feinberg is a professor at the University of California, San Diego, a (non-resident) senior fellow at the Brookings Institution, and the book review editor for the Western Hemisphere section of Foreign Affairs magazine. He is the author of the book Open for Business: Building the New Cuban Economy.


Tags: Cuba, Cultura, Culture, Havana Bienial
Like what you've read? Subscribe to AQ for more.
Any opinions expressed in this piece do not necessarily reflect those of Americas Quarterly or its publishers.