This article was adapted from AQ’s latest print issue. To see the rest of our package on Mexican politics, click here. | Leer en español

No one can accuse Mexico’s Andrés Manuel López Obrador of giving up easily. His election as president last year came after two previous failed attempts in 2006 and 2012. His arrival as a national politician, too, was born of defeat: After losing the race for governor of Tabasco for a second time in 1994, López Obrador organized a caravan of demonstrators to march on Mexico City to protest the result.

His pleas for the election to be annulled fell on deaf ears — but it was a turning point for the then-41-year-old politician.

“It was the second time he’d organized a march on the capital. The authorities discounted his claims of fraud, but he’d become a national figure,” Lorenzo Meyer, a Mexican historian and analyst, told AQ. “He was the one who was taking on the system.” 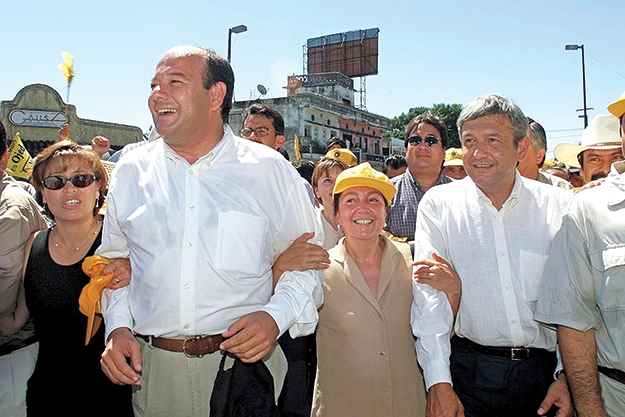 A prolific author, political commentator and winner of Mexico’s National Prize for Arts and Sciences, Meyer has had what he calls a personal and friendly relationship with López Obrador for around 30 years. His son, Román Meyer Falcón, is López Obrador’s secretary for agricultural, territorial and urban development.

But Meyer also has limited expectations about what López Obrador will be able to accomplish as president. He says that tackling corruption and organized crime could present the new president with an insurmountable challenge. “It’s going to be a daily war,” Meyer said.

AQ met with Meyer at his home in Mexico City to discuss the challenges facing López Obrador and what his history says about how he’ll face them. This interview has been translated from Spanish, and edited for clarity and length.

You’ve known López Obrador (known widely as AMLO) from before the days of the plantón, when he shut down Mexico City’s main avenue to protest his loss in the 2006 presidential election. Has he changed since then?

I still don’t think he has any sympathy for the right or big business. But even if he’s now succeeded in defeating the formal political system at the ballot box, entrenched economic interests remain. There’s Carlos Slim, international financial interests, the United States. It’s with them that he’s had to learn how to moderate his message. That’s not him. But he has plenty of enemies and he doesn’t want to add more. His language is more measured — but his history tells us who he really trusts and who he doesn’t.

What does that history — in particular his early political upbringing — tell us about how he’ll govern?

The first thing to keep in mind is that he comes from Tabasco, far away from Mexico’s cultural and political center. And he’s not even from the state capital. Where he grew up, there wasn’t anything other than the PRI — no other institution, no industry, no real bourgeoisie. So of course he was going to be a priista. There was no alternative.

In that time, his education gave him a very nationalist view of Mexico — one that revered the 19th-century figure of Benito Juárez, in particular his fight against established powers and the defense of Mexico against the French. That vision is something that nobody can take away from AMLO at this point.

And later came his time with the Chontal indians.

After studying political science at the UNAM, López Obrador tied himself to the great Tabascan poet Carlos Pellicer, helping to organize his campaign for governor in 1976. It’s not the normal route into politics — poets aren’t necessarily good politicians. But Pellicer apparently had a big impact on Andrés Manuel. He was his sort of maestro.

When Pellicer died in 1977, AMLO found himself sort of alone, but he’d made his way into state PRI politics. He was put in charge of a federal program to help the Chontal indians.

When he took the job, he didn’t have to live with the Chontals. He could have commuted from Villahermosa. But instead he lived in the community. He had a house there, he got married there, he had a child there. He was there 24 hours a day for five years. And that gave him a vision that few young PRI politicians had at the time. Experiencing what life is like for the lower social classes is a type of personal capital that AMLO carries with him. In my judgment it’s fantastic. You can think of the opposite, with AMLO’s predecessor, Enrique Peña Nieto … his manner of dress, his friends, he has nothing to do with that world. He doesn’t even try to understand it.

How did that early experience manifest itself in later campaigns? What about when he joined the opposition to run for Tabasco governor in 1988?

He’s said joining that campaign was one of the most anguished decisions he’s had to make. At that point he’d burned his bridges in Tabasco, left the state behind, left behind his career with the PRI. And there was no semblance of organized opposition on the ground. What could he hope to accomplish? 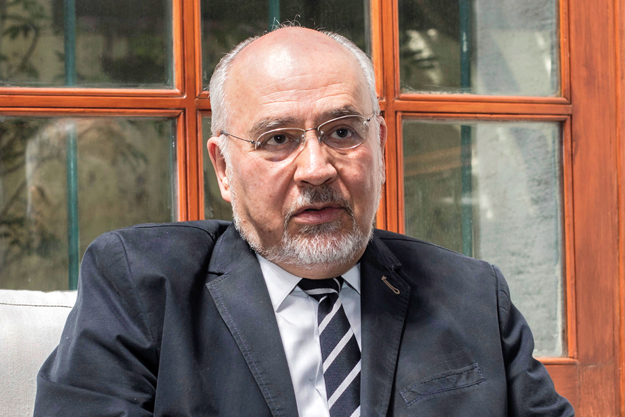 Meyer is one of Mexico’s preeminent historians and analysts

The resulting campaign was somewhere between pathetic, ridiculous and heroic. It was him with a truck and one or two guys going town to town. He lost, obviously. But he left an opposition infrastructure in place. Six years later, he went back and now his was a meaningful political movement — and who was his base? The Chontals.

If it weren’t for that experience, he wouldn’t have been able to do what he did with Morena. He abandoned the PRD and six years later won the presidency with a new party. That’s thanks to his experience in organization, because he used the same tactics as he had in Tabasco. Going from town to town to town, and in each town leaving two or three people tied to his movement, his ideas.

A lot of criticism of AMLO centers on his discretional decision-making and his distaste for formal checks and balances. Wouldn’t his project be better served by building up the institutions he tends to deride?

If you’re asking whether after six years of López Obrador there could be a huge reaction against his policies, the answer is yes. There definitely could be, especially if he’s unsuccessful.

But if you think of revolutions — because this change is the equivalent of a revolution, though fortunately without bloodshed — in the first stages there’s almost always a figure to be followed. Whether Washington or Lincoln or Lenin in Russia or the radicals Murat and Robespierre in France. In any revolution at the beginning there’s a leader — and later, as Max Weber would say, comes the routinization of charisma. But at the beginning, it’s charisma.

Mexico’s institutions aren’t working as they need to — not a single one. Now, there can come a time when the leader becomes a problem, because he doesn’t let needed change become institutionalized. But we’re not there yet.

Where are some places that you think AMLO would be willing to compromise?

He’s shown he’s willing to cede ground, for example in the free trade agreement with the U.S. It’s not something he likes — not at all. Andrés Manuel has turned his nationalism down in this respect. He doesn’t want problems with the United States.

He’s also said that he won’t raise taxes — even though they seem necessary to pay for his social programs. But he says he won’t raise them, even if he’d like to given the fact that Mexico has a very inequitable tax structure.

Then there’s choosing not to go too hard after previous administrations for corruption, which bothers a lot of people. How could he forgive this den of thieves? But his idea is not to waste energy because he needs it to focus on the present and the future. He’s willing to let past corruption go because it’s a fight he doesn’t want.

Do you anticipate he’ll have a successful six years in office?

No. I guess that’s the scientific way to put it (laughing). He’s going to face a lot of problems. It’s going to be a daily war. The reason is that attacking corruption in Mexico is no small task. Then how do you take on organized crime, especially with the arms market in the United States? How can he confront organized crime that for so long was subordinate to the PRI, that obeyed the PRI and now they don’t? They’ve gone independent.

Around 2004 or 2005, chatting with Andrés Manuel he told me he knew he couldn’t change Mexico in one six-year term. He said his goal is to leave the foundations in place so whoever comes after him can change the country. I asked him what he meant by foundation. He said it would mean a majority of Mexicans seeing the government as their own. As something they put there. That’s what he would define as success.

Russell is a senior editor and correspondent in Mexico City for AQ. Follow him on Twitter @BenPaulRussell

Tags: AMLO, Becoming AMLO, Lorenzo Meyer, Lorenzo Meyer AMLO
Like what you've read? Subscribe to AQ for more.
Any opinions expressed in this piece do not necessarily reflect those of Americas Quarterly or its publishers.