If you thought building political consensus in Latin America was hard before COVID-19, just wait. The pandemic seems to be producing even greater polarization and political fragmentation, potentially opening the door further to outsiders and increased tensions between executive and legislative branches in the years to come.

Both trends have been underway for years, as the region’s governments largely failed to deal with recession, higher poverty, rising unemployment and increasing insecurity in recent years. But now, the same structural problems that left Latin America particularly vulnerable to the pandemic – inequality, informality and weak states – threaten to deteriorate even further in the 2020s, as states struggle with fiscal crises, decreased resources and increasingly impatient populations.

Indeed, a quick overview of the region suggests this may already be happening.

Even before the arrival of the virus, protests and institutional crisis were spreading throughout the region, especially in the Andean countries. The combination of an economic slowdown, which was deteriorating the social mobility of the 2000s, and corruption scandals prompted voters to take to the streets and reject incumbents throughout 2019. Beginning in March, fear of COVID-19 caused protests to abate, even in Chile where the discontent had resulted in the call for a plebiscite on constitutional reform, which had to be rescheduled due to the pandemic. Most protests became more localized, centered on economic aid or medical supplies.

However, political protests re-emerged to a much greater extent in Bolivia. In August, Evo Morales’ MAS party organized road blockades demanding that the presidential election, which was originally set for May, but postponed due to the dire health situation, be held as soon as possible. The election was itself a “redo” of October 2019, when protests over vote recounting, along with a police mutiny and the military requesting the president’s resignation, forced then-President (and candidate) Evo Morales to exile first in Mexico and then in Argentina. The election has been rescheduled for October 18, with the MAS running a different candidate, Luis Arce, who is leading the pack. Interim president, Jeanine Añez is also running—although she did not run last October. This election is likely to be extremely contentious and seems unlikely to heal Bolivia’s deep fissures.

Polarization in Brazil, Argentina, and Mexico also provoked political protests. In Brazil, President Jair Bolsonaro’s supporters protested lockdowns declared by state governors while the president’s opponents decried his management of the health crisis as well as corruption scandals. Whereas some went to the street to show their discontent, others banged pans and pots from their windows. In Argentina, the president and the opposition coordinated the response to the pandemic. The public generally supported such cooperation, but intense polarized minorities took to the streets against the lockdown and also voiced opposition to policies unrelated to the pandemic. In Mexico, the front against President Andrés Manuel López Obrador organized anti-government car caravans which, as in Argentina, mobilized mostly middle-class protestors. This is remarkable because López Obrador had kept fiscal austerity amid the pandemic whereas Argentina and Brazil expanded compensation policies to a larger segment of the population. Hence, polarization is not necessarily connected to social policy and its style may be shifting.

Outsiders and polarization are not new in the region. But the combined effect of scarce fiscal resources and economic recession left by the pandemic is shifting the contours, because they make it much harder to build large coalitions than during the commodities boom. We may have a glimpse of this reshaping in the upcoming elections in Bolivia and Ecuador, where incumbents are unpopular, and health crises are deep. In both, the electorate is polarized around former radical left movements. Their opponents are fragmented, although they may be able to prevail in a runoff. Whomever wins, the fragmentation will make it harder to build majorities.

Meanwhile, presidents in polarized Brazil and Argentina do not control their legislatures, and in Mexico the 2021 midterm elections may weaken the president’s coalition given the traditional toll economic decline poses on incumbents.

Alternatively, citizen dissatisfaction may provoke political fragmentation if there is no one to love or hate. Such generalized citizen distrust can open the door for outsiders promising to recreate the political system. The pre-pandemic experience of López Obrador in Mexico and President Nayib Bukele in El Salvador reflected citizen frustrations with corruption, insecurity, and lack of economic opportunities. The pandemic only aggravated these concerns. For instance, Peruvian citizens are so frustrated with their state that they often focus their demands on private companies. In a country were corruption is the first concern even amidst the high death toll of the pandemic, it is not surprising that a majority of Peruvians do not know for whom they will vote next year and two thirds want someone who can deliver results even if breaking the law.

In Chile, voters profoundly distrust all political parties and 90% believe the country is heading in the wrong direction. Most have put their hopes on the constitutional plebiscite. Almost two thirds expect the constitutional reform to produce political change and 87% are willing to vote in October despite fear of contagion. Yet, there are no clear candidates for the next year presidential election and we do not know if the two-round system will produce fragmentation, that may not be contained by coalitions, or open the door to an outsider.

Latin American political scenarios show that citizens often feel devoid of options and perceive all politicians as detached from their daily struggles. Polarization helps them differentiate among politicians. At the end of the day, though, voters still seek politicians who can provide solutions for their problems. Those have been heightened by a pandemic that prevented large swaths of the population from working for their income. The population that was not rich enough to survive comfortably in quarantine, but was not poor enough to receive social policies, has been hit the hardest in relative terms, as shown by the academic Nora Lustig and her collaborators.

This segment of the electorate is likely to be crucial in upcoming elections by reshaping the conversation around public policy. These are voters who may tip the scale among the possible scenarios that will emerge in each Latin American country in the wake of the pandemic. 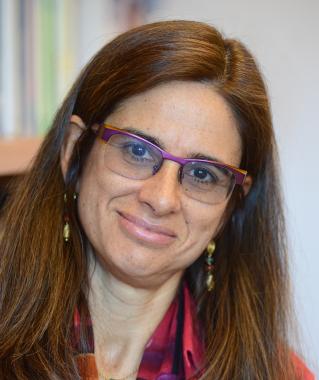 María Victoria Murillo is Professor of Political Science and International Affairs and Director of the Institute of Latin American Studies at Columbia University. She has recently published Non-Policy Politics: Richer Voter, Poorer Voter and the Diversification of Parties Electoral Strategies (with Ernesto Calvo) and Understanding Institutional Weakness: Power and Design in Latin American Institutions (with Daniel Brinks and Steven Levitsky), both with Cambridge University Press in 2019. She works on electoral behavior, distributive politics, public policy, and institutional weakness in Latin America.

Tags: coronavirus, covid-19, Democracy in Latin America, Elections, pandemic, politics, protests
Like what you've read? Subscribe to AQ for more.
Any opinions expressed in this piece do not necessarily reflect those of Americas Quarterly or its publishers.