AQ traveled to Colombia, Chile and Peru in 2012 to study natural resource extraction and its effect on social inclusion, made possible with the generous support of the Ford Foundation. On each trip, the team met with mining officials, local government representatives, community leaders, and environmental activists to gain a broad, nuanced and diverse understanding … Read more

Natural resource extraction is a key contributor to economic growth in various parts of the Western Hemisphere, but governments, businesses and civil society are faced with how to improve extractive activity and its effects on broad-based socioeconomic development in respective communities. A special section in the Winter 2013 issue of Americas Quarterly, released today, includes … Read more

Thursday marked the conclusion of the third round of peace talks between the Fuerzas Armadas Revolucionarias de Colombia (Revolutionary Armed Forces of Colombia—FARC) and the Colombian government in Havana, Cuba, with  no major progress made toward ending this long-standing conflict as the Colombian government continued to rule out a ceasefire with the FARC to gain … Read more

Chávez Supporters and Opposition Take to the Streets of Caracas

Thousands of members of both Hugo Chávez’ Partido Socialista Unido de Venezuela (PSUV) and the opposition are marching in Caracas today in simultaneous demonstrations since January 23 marks the end of Venezuela’s 1945-1958 military dictatorship. However, this year the date has acquired a new meaning for each side of the political spectrum. For members of the PSUV, today’s demonstration is an opportunity to show their solidarity with Chávez, who is recovering from cancer surgery in Cuba. Meanwhile, the opposition plans to protest  the Venezuelan Supreme Court’s January 8 resolution to … Read more 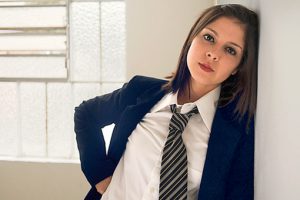 Latin America is moving forward, but Venezuela is moving in the opposite direction,” says Andrea Baranenko, a 28-year-old Venezuelan filmmaker whose recent documentary, Yo Indocumentada (I, Undocumented), exposes the struggles of transgender people in her native country. The film, Baranenko’s first feature-length production, tells the story of three Venezuelan women fighting for their right to … Read more 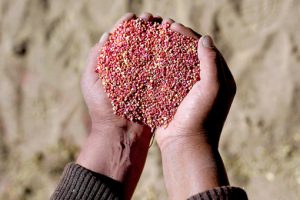 This Is Your Year, Quinoa

Quinoa, which the Incas once considered the “mother grain,” has earned a distinctive honor. In accordance with a December 2011 resolution by  the United Nations General Assembly, 2013 will be known as the International Year of Quinoa (IYQ). But this is not just a salute to an ancient crop. Once marginalized by Spanish conquistadores as … Read more

Hugo Chávez engineered an electoral budget boom on steroids to win the 2012 presidential election. His economic strategy resulted in a significant appreciation of the real exchange rate, an increase in imports to a historical peak, and a considerable increase in public wages. Facing a strong contender in Henrique Capriles—and the limits to his campaign … Read more

With the fate of peace talks between the Fuerzas Armadas Revolucionarias de Colombia (Revolutionary Armed Forces of Colombia—FARC) and the Colombian government hanging in the balance, the FARC requested yesterday that Colombian Agriculture Minister Juan Camilo Restrepo participate in the negotiations in Havana, Cuba, to address the guerrilla group’s demand for agrarian reform. The FARC’s proposal, … Read more

Violence in the western department of Chocó has led to the forced displacement of approximately 680 Afro-Colombians since January 5. In response, Colombian Ombudsman Jorge Armando Otálora has called for a full-fledged state response to illegal groups. The situation erupted as a result of heightened fighting between criminal bands and paramilitary groups over a territorial … Read more

Though Venezuelan President Hugo Chávez will not be present, Uruguayan President José Mujica, Bolivian President Evo Morales, and Nicaraguan President Daniel Ortega will be in Caracas today for the Venezuelan leader’s intended—and now postponed—inauguration. As the ailing Chávez remains in Cuba recovering from a respiratory infection that followed his December 11 cancer surgery, hemispheric well-wishers … Read more